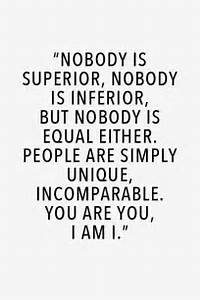 There are people who believe they are superior to everyone else.  They believe they are more intelligent and that every decision they make is correct because they are so smart.  Unfortunately, they are wrong.  Those that believe they are superior tend to insult others because they feel superior to them and consider them to be stupid.  Criminals tend to feel superior as they believe they can get away with crimes.  Just recently, my daughter discovered this.  She hired a couple to help her pack up and move as she was recently in the hospital.  The couple seemed genuine and appeared to do a good job.  Again, they felt they were superior as they were assisting someone not quite as healthy as them.  When her truck was loaded, along with a trailer to be towed behind her car, she started her trip.  When she arrived at her destination, she found storage and a family friend helped her by hiring a couple of people to help unload.  It never occurred to her that the couple were anything but decent people.  Today, she received a text showing her two TV’s and her Bose stereo equipment.  These wonderful people stole her things and are basically holding the electronics to blackmail her for more money.  She doubled checked with the family friend and he said he didn’t see any televisions.  They are not willing to return the items they stole, the items they were paid to pack and place safely because they want more money.  Again, they feel that they are superior because they do not expect anything except for her to pay.  Unfortunately for them, they are wrong.  She has already called the insurance company and is filing a report with the police.  In addition, because it is two people it is considered a conspiracy and they will be charged accordingly.  So, their superior thinking will lead them straight to jail!  In the Good Gus series, no one felt superior to each other.  The series is available exclusively on Kindle worldwide.  If someone close to you is acting superior towards you while you handle their financial affairs, take a break and read “Misplaced Trust.”  It may give ideas on how to handle them.  The series is available on 24 Symbols, Apple, Nook, Kindle, Kobo, Page Foundry, Scribd, Playster and Tolino.