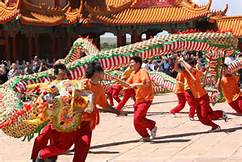 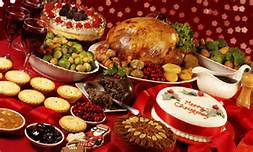 Everyone has traditions for almost every holiday.  It’s not just the Christmas season, but there are traditions for many holidays throughout the year.  Many individuals have special parties for Boxing Day, New Year’s Day, Easter, and holidays applicable to specific countries.  Of course, in the United States, many of the holidays involve watching sports.  Even in Ireland, the Superbowl is followed and watched.  Soccer games are very important to many countries and are definite traditions for many people.  Along with the traditions comes special foods specific to that day.  For example, in the southern part of the United States, eating according to their traditions, you will have good luck for the entire year if you have the traditional New Year’s Day supper. That means a meal of greens, hoppin’ John, black-eyed peas, cornbread and pot likker soup.  If 2016 was not your best year, it may be that the Southern tradition is the way to go.  Most countries have firework displays which are enjoyed by all as they are not at midnight!  For example, my cousin and her family always eat Chinese Take Away for New Year’s Eve.  They all gather to ring in the New Year even if they don’t stay up until midnight. For many people, Christmas Eve holds its own special treats.  Many families eat at a restaurant or buy take away as they are too busy preparing for the Christmas dinner.  That in itself can consist of a specific food every year.  When my children were young I started the tradition of their choice of whatever they wanted for dinner on Christmas.  When we had visitors, they were impressed as they could choose whatever they really wanted for that day.  Since it is supposed to be a happy day, then you should be able to enjoy whatever foods are your favorite.  Another tradition I started when my children were young was giving them an ornament every year.  Now they are grown and living on their own, they have a large assortment with memories for their own trees.  Even Gus, the real one, has received ornaments every year and is carrying on the tradition.  Speaking of Gus, the  published series is available exclusively on Kindle worldwide and this year you can start a new tradition for the young children in your life with “The Special Gift.” Over the holiday season when things slow down at work, start a new tradition for yourself and buy an e-book.  “Misplaced Trust” is available on Kindle, Apple, Nook and several popular e-book sites.