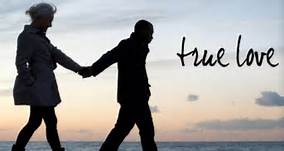 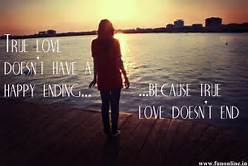 Everyone wants true love and often they assume they have found it when they meet someone whom they feel is the ‘one’. Unfortunately, as the divorce rate will attest, they were wrong.  Look at celebrity news.  It seems almost everyday couples are breaking up.  What has to be embarrassing for them as many of these individuals expressed publicly that they had true love.  Many of them even had special tattoos signifying their true love.  Then, when one of them falls for another person on a movie set, everything falls apart.  Their true love becomes a joke.  It is also costly to either modify or remove those no longer wanted tattoos.  What is worse is that neither person recognizes that it was never true love.  If it was, no amount of temptation would have made them stray.  What is refreshing is when you see older couples truly happy and still in love.  I have mentioned my friend Eric Keyes, who is a musician in Texas.  His parents are in their late eighties and continue to hold hands and do the best they can to take care of each other.  That is true love.  Someone you can always count on and lean on throughout your lives.  It seems that people are hasty to get married and even quicker to divorce.  I remember reading once about an old child star who had been married and divorced several times.  His last wife had told him that just because we have a fight doesn’t mean we are getting a divorce.  She taught him to settle their differences without resorting to divorce.  That was true love. In the Good Gus series, Mary and Fred Band and Joe and Anna Kelly were the only married couples until book twenty when the Anderson’s moved to Pecos.  It is easy to see from the stories that the couples are happy and even though unspoken, they have true love.  The series is available on Kindle worldwide.  If your true love has let you down, don’t be discouraged, relax with a good book on your tablet such as “Misplaced Trust.”  It is available on 24 Symbols, Apple, Nook, Kindle, Kobo, Page Foundry, Scribd, Playster and Tolino.