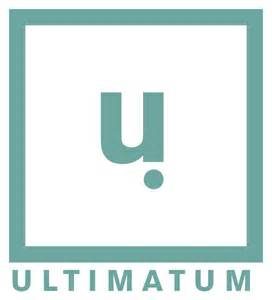 Have you ever been given an ultimatum? A manager I know of a small firm received one yesterday and the final one today.  She didn’t accept it yesterday or today.  What happened?  It started with a contract employee who called her to ask about a couple of clients.  She was polite and courteous and gave him the information.  To understand this better, you need to first know that the contract employee is an arrogant, egotistical bully.  She was always patient with him over the years.  There were times when she dropped everything if he needed any assistance even though it was after hours.  She reminded him that Friday was not a work day and that anything he needed could be resolved on Monday.  That was unacceptable to him.  He rang her three or four times and then started texting.  He accused her of hanging up on him even though the phone dropped the call.  After all, it was Black Friday in the U.S. and everyone was using their phones to call, pay, or text.  He was so angry even after she explained it was probably the system, he began demanding she answer the phone.  As she told me this story, I reminded her that over the recent years his production had reduced dramatically and his negative attitude had increased.  This continued all day Friday with him giving her an ultimatum because she had finally had enough.  She told him she was tired of his attitude, his swearing, losing his temper, etc.  His explanation was that he could be that way and it was acceptable to everyone else.  However, that was where he was wrong.  The clients had been complaining about his disposition.  He gave her the ultimatum last night that she was to apologize and take everything back that she had said to him.  I saw the texts.  At no time was she unprofessional.  This morning, again not a work day, he texted her with the ultimatum to immediately apologize or he would quit.  She politely told him one last time that he should just let all this go and start back to work on Monday.  He quit instead.  It will be difficult for her as it is the holiday season which is not a high sales volume period but sometimes a person has to stand their ground.  She was not going to grovel and beg for forgiveness which is exactly what he wanted.  As I have previously said, it is time for all of us to stand up against bullies.  In the Good Gus series, the children learn from book one forward that anyone who is a bully or gives an ultimatum is wrong.  The series is available on Kindle worldwide and the first two books on Mae’s Story Time on You tube.  If you receive an  ultimatum at work or from a co-worker, I urge you to find a new position.  Remember “Misplaced Trust” is an affordable gift for anyone on your list and is available on 24 Symbols, Apple, Nook, Kindle, Kobo, Page Foundry, Scribd, Playster and Tolino.