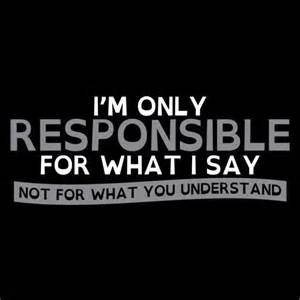 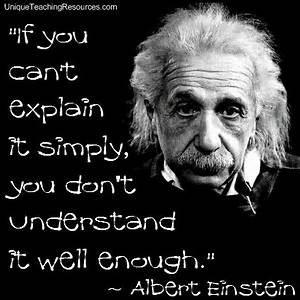 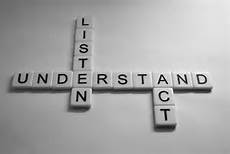 When a person is trying to explain their way out of a predicament, they often say, “You just don’t understand.”  That is just an excuse as they really don’t want to admit whatever it was that they did wrong.  Somehow, they think that the other person is completely lacking in brains.  It is usually not the case.  Movie and television shows have that as part of their story line.  A teenager will be caught past curfew, or they will be in the wrong place at the wrong time.  When confronted, the teen will try to worm out of it and then as a last ditch effort say, “You just don’t understand.”  Guess what?  Parents were young once and they really do understand.  They know what they did and, therefore, are ready and prepared for whatever foolishness their teens are trying to put across them.  As an adult, it really gets old when another adult will tell you that you really don’t understand.  We are not all stupid.  In many of the TV and movies, the plot usually centers around a man or woman cheating on their partner.  Once they get caught, their first words are almost always that there is an explanation and then that is followed by the inevitable lack of understanding.  There was an old Dick Van Dyke show in which a man was caught by his wife in a compromising position in their home in their bedroom.  Rather than yell, argue or say anything, both the man and the woman proceeded to quietly get dressed and then the woman walked out of the house.  Once she was gone, the husband said to the woman that she had no idea what she was talking about because there was no other woman there.  He made it appear as if she was losing her mind.  It was written as a comedic sketch, yet it really wasn’t that funny.  The concept that the husband completely ignored  the situation and then walked away from what is normally a huge argument and possibly divorce was unusual back then.  In the Good Gus Series, Sheriff Gus does understand but handles his duties in an appropriate manner.  If you are looking for a new Christmas book, please consider “The Special Gift.”  It is available exclusively on Kindle worldwide.  Once you start reading “Misplaced Trust” you will begin to understand what real greed, jealousy, lying, cheating and stealing among families really means.  The book is available on all popular e-book websites including Kindle, Apple and six others.