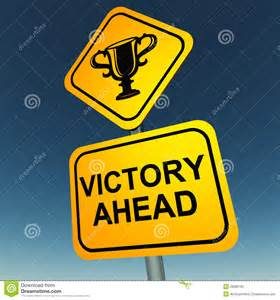 At some point, the candidates in all the elections in the U.S. will declare victory. Due to the volubility of this election, there will  still be problems tomorrow.  The individuals whose candidates didn’t win will be angry. There is also another type of victory such as in war.  Many countries still celebrate the days they were freed from their aggressors during World War I and World War II.  Anyone battling a terminal illness sees a victory each day they live without pain or exist if they have been given a short time to live.  Many individuals find that everyday life is very difficult.  It may be that they just can’t make it financially in any way.  They are stumbling while just trying to keep an income.  Some people refer to this as a lack of belief in oneself.  Others think it’s Karma and still there are groups who believe that if you fail that you must pick yourself up, dust yourself off, and start again.  What do you do, however, if all the odds are stacked against you?   There was an article today on yahoo about seniors running out of money and working at minimum wage jobs.  One of the few places that will hire anyone over sixty-five, in the United States, is the Walmart chain.  They seem to welcome the older worker as they are reliable, trustworthy, work hard and are grateful just to have an income.  It’s a victory for those in need of money, yet a failure in the system that if they were professionals they still couldn’t have continued to work at their chosen profession.  Sadly, the mandatory retirement age makes it difficult for those who need to continue to work.  There are other professions such as taxi drivers, care givers, babysitters, etc. that the older age doesn’t matter.  In the end, the need for money overshadows many deficiencies.  In the Good Gus Series there were constant small victories for the citizens of Pecos.  “The Special Gift” along with four other books from the series is now available exclusively on Kindle worldwide.  If you are handling a variety of items for an older person, consider reading “Misplaced Trust.” It may make you feel victorious and positive.  It is available on popular e-book websites such as Kindle, Nook, Apple and several other sites.