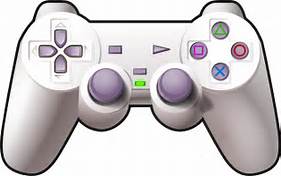 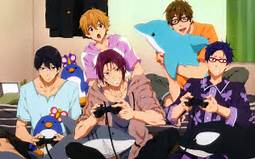 Video games are challenging for parents and addicting to children. The ‘Blue Whale’ is a suicide challenge that is literally killing children.  It was originally targeting teens in Russia and is beginning to find its way around the globe.  The UK and Brazil seem to be their next targets.  They are aiming for the ten to fourteen age group.  This game is not like other video games.  They are pushing the teens into performing painful daily tasks such as waking up in the middle of the night, cutting into their skin various shapes and eventually committing suicide.  “For the last ten days of the game, the player has to wake up at an appointed early morning hour, listen to music and contemplate death.”  What is even more disturbing is that anyone who wants to quit the game receives threats, often that their parents will be killed.  This is truly sick.  So far, in various cities in England, seven children have been hospitalized playing this video game.  It is very dangerous.  It is expanding on the internet daily. The social media is basically creating new ways for children to form suicide pacts.  No one really knows who is running these video games.  They claim there are “curators” but who are they?  Where are they?  And, more importantly, how can they be stopped?  According to the U.S. Cyberbullying Research Center, it started out as a hoax.  Recently, there was an article about an eleven year old boy who was convinced his girlfriend had killed herself so he hung himself.  It was a cruel joke and now his family because of her and social media are suffering at their loss.  Unfortunately, children who are depressed are susceptible to this type of game.  This should not be lumped in with the other video games as it is clearly cruel and not for fun.  Parents need to be aware of the ‘Blue Whale’ and video games like it.  Unfortunately, parents cannot control what their children see and do on the internet or what video games they play.  The best answer is to discuss these types of games and hope that their children will speak to them if they appear on their screens.  In the Good Gus series there wasn’t any technology which made it a simpler time.  The series is available exclusively on Kindle worldwide.  If video games are leading you to distraction when you should be focused on the finances, will, estate plan or trust of a loved one, take a reading break and read “Misplaced Trust which is available on 24 Symbols, Apple, Nook, Kindle, Kobo, Page Foundry, Scribd and Tolino.  I am very excited as my trip approaches to visit Massachusetts and meet everyone at the Cotuit Library on May 13, 2017.  The times are 10:30 a.m. for the Good Gus Series and 1:30 p.m. for “Misplaced Trust” and writing discussions.  Looking forward to meeting many new children and adults.