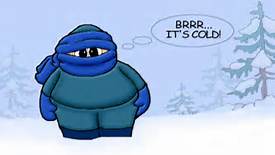 Many doctors disagree that we need vitamin D. They say you don’t need the supplement just go outside and get some sunshine.  However, for many of us that is almost impossible.  If you live in a country like Ireland, you simply don’t have the sun everyday.  If you live in areas that receive snow, you are less likely willing to go out in the cold and there is less sun.  What is significant about taking vitamin D is that it helps to regulate many important immune functions, and will assist with bone growth.  Many studies have been performed regarding taking the supplement or just getting sun everyday.  The studies, according to Healthline, clearly show that anyone who is depressed will show marked improvement just by taking the supplements.  Individuals who have fibromyalgia tend to feel anxious and depressed while being deficient in vitamin D.  Scientists believe that the vitamin will increase muscle performance.  A small study of older adults showed over a five month period, that they were less likely to fall than those who did not take the supplement.  Important data for the older person in your life.  Many seniors, often due to lack of exercise during their prime years, have difficulty walking and even doing simple exercises.  The supplement could play an important role in their mobility.  In addition, they are also at risk for developing neurological disorders such as Alzheimer’s or Parkinson’s.  In one study, individuals with both those conditions were deficient in vitamin D.  It’s not enough to eat healthy and do puzzles to exercise their brains!  Lastly, one of the best benefits is the reduction of the risk in developing heart disease.  Just remember, don’t go overboard in the amount you ingest each day.  In the Good Gus series, as it was set in west Texas, the citizens had plenty of sunshine, fresh fruits and vegetables and exercise.  It was not invented until 1926.  Please consider the series as a birthday gift or holiday present for the child or children in your life.  It’s available exclusively on Kindle worldwide.  If you are lacking vitamin D, grab your table and take a quick read with “Misplaced Trust” which is available on 24 Symbols, Apple, Nook, Kindle, Kobo, Page Foundry, Scribd, Playster and Tolino.