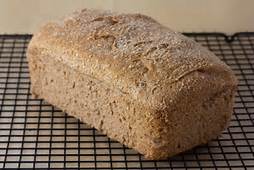 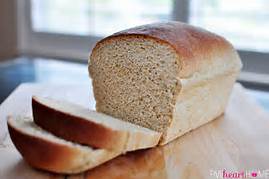 The controversy of white bread vs. brown bread has been widely discussed by “clean eating” blogs, instagrammers, and several other websites. They all define white bread as something akin to poison.  Our mothers always told us that whole wheat, rye,  and brown bread were much healthier than plain old white bread.  It is a processed food, but then again so is  brown bread. According to the scientists at the Weizmann Institute of Science, in Israel, there is very little difference between them.  They compared grocery white bread with aritisanal wholewheat sourdough bread. Sales of white bread have dropped by seventy-five percent in the U.K.  As whole wheat bread sales have increased by eighty-five percent, it is clear that the customers feel that it is a healthier choice.  In a study that was published in the ‘Cell Metabolism’ journal, researchers chose twenty health individuals.  Ten people were given fresh higher-than-average wholewheat sourdough bread and the other ten were given the same amount of white bread.  What were the results?  First as we are all unique, everyone reacted differently as we all have an array of microbes in our guts.  Second, nothing was really conclusive except it didn’t seem to make that much of a difference.  However, the important part of the study, I think, is that the ten wholewheat group, ate more fiber which in general is good for us all.  It was also only one week long and it was a very small group.  It is also possible that within that one week, the participants may have altered their eating habits as they were part of the study.  It is obvious that whole grains are good for us all and contain more fiber.  However, if you have an older type of blood, it is imperative, based on research, that you still eat to your blood type.  The “A”, “B” blood types from very strong research still indicate for many people that eating whole grains creates a subtle allergic reaction and may affect their over all metabolism.  The studies give us data, but it is up to us to decide what works best for ourselves.  In the Good Gus series, white bread or wholewheat bread were made at home.  The series is available exclusively on Kindle worldwide.  Once you  finished  researching on the internet or at the library about white bread for your health, take an e-book break and read “Misplaced Trust.” It is available on 24 Symbols, Apple, Nook, Kindle, Kobo, Page Foundry, Scribd, Playster and Tolino.