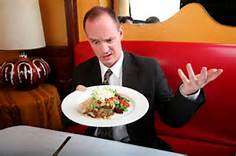 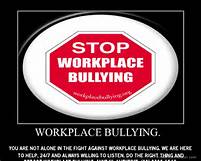 When you think of the workplace bully, what comes to mind? Is it other co-workers harassing you and making your life miserable? There is a new twist on the workplace bully and it is called the customer.  Sounds shocking doesn’t it?  It is.  Lately I have discovered a few things about customers in the service industry that might surprise you.  First, there is the customer, who even though has received every item they have ordered, is still rude and obnoxious.  They even go so far as to use curse words at their servers.  No one should have to tolerate that type of behavior.  That individual should be required to leave immediately.  Just because a person works in the service industry, doesn’t mean they should be treated with anything other than respect.   As if that wasn’t bad enough, today I discovered there is a new workplace bully.  Many restaurants around the globe serve Sunday brunch.  In some restaurants, they offer low prices for mimosas, and a buffet to entice customers.  They also include music which can vary.  Once the restaurant determines their demographics, they tailor the music according.  For example, a restaurant that caters to an older crowd or seniors, that is in the moderate price range, may have music from the 1950’s and 1960’s or jazz.  By doing so, they attract the customers that would enjoy the music and obviously spend their money in the dining room.  However, along with this age group also comes a set of individuals who feel eating out requires dressing business casual. Unfortunately, many of the diners, particularly the women, dress as if they were still teenagers or in their early twenties.  These women also believe that they are so overwhelming attractive that any of the young male servers that are available should consider them as dating material.  So where does the workplace bully play a part in this?  These women try to make inappropriate advances towards the men. The staff has an extremely difficult time dealing with this and many of the employees decline to work the Sunday brunch.  In the Good Gus Series the workplace bully was only in one story, “Pecos Meets Bad Bart.”  He was a demanding rude customer.  The series is available exclusively on Kindle worldwide.  If a workplace bully is getting you down, report him or her to Human Resources and then relax in an easy chair and read “Misplaced Trust.”  Is is available on these popular e-book websites:  24 Symbols, Apple, Nook, Kindle, Kobo, Page Foundry, Scribd, Playster and Tolino.