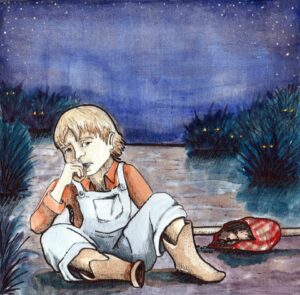 There are individuals in life who simply feel worthless.  They have been beaten down mentally and emotionally and have no self esteem.  Take a woman married to a man who must be in complete control.  He could even be a narcissist.  He feels that he is the one hundred percent boss and in control.  He believes that his words are the only ones that matter and the female is inferior to him in every way.  In the early to mid twentieth century, the men held the jobs and the women stayed home to raise the family.  Eventually, the women realized that they felt worthless and needed to feel more productive.  It wasn’t that they didn’t love their children or want to take care of them.  They just wanted more from life.  They became tired of asking permission to do things, spend time with a girl friend, spend money or even make basic decisions about the home and children without having to ask permission.  Recently, there was an article on the internet referring to this type of attitude as sexist.  Being married to a narcissist is all of the above and more.  They require all attention on them and if they don’t like anything they demand, threaten, and abuse not only mentally and emotionally, but physically as well.  The women are so beaten down that they don’t even have the courage to leave.  They feel useless and worthless.  It just doesn’t happen in marriage.  It can start with both boys and girls when they are young and in school.  They may not be liked.  It could be that they are from another country and are having a difficult time adjusting.  They are bullied and told that they are worthless and shouldn’t even live.  All this has happened to children and teens with devastating results.  Sometimes families move to a new country to start over and hope for a better life.  Then reality sets in and their child or children are made to feel worthless and the consequences can be physical harm, mental issues and even suicide.  No one should treat another person poorly in any way.  If one doesn’t like a person, then don’t need to associate with them.  It’s not necessary to be mean or cruel.  Lindsay Lohan starred in a movie, “Mean Girls.”  She was new in school and soon discovered the popular group.  Eventually, she realized that being a mean girl was the wrong way to act as a person.  In the Good Gus Series, Bad Bart in book one, “Pecos Meets Bad Bart,” tries to make everyone afraid and feel worthless so they will do what he wants.  Christmas is rapidly approaching.  “The Special Gift” was a huge seller last year at the Marine Base in San Diego, California.  It is now also available exclusively, worldwide, on Kindle.  If you are dealing with family issues such as greed, theft, lying, or cheating, rather than lose hope or feel worthless, read “Misplaced Trust.”  Now available on Kindle, Apple, Nook, and several other popular e-book websites.