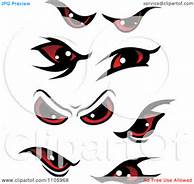 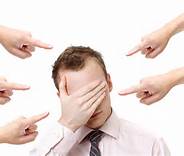 When anyone hears the word evil they think of either the witches in Disney movies or the people in wars. Each side believes that the other is truly evil which why everyone fights. They need the purpose for their feelings. However, there are individual people who are evil. It’s not just the serial killers, or the criminal who torture people prior to murdering them.  It’s the individuals sometimes in everyday life that are evil.  They are the people who believe whatever they do or say is one hundred percent right and that everyone else is wrong.  They are the men or women who cause domestic violence and find a way for the innocent person to be arrested while they move on to their next victim.  There are groups who assist battered women and somehow in recent years it is the men doing the beating but the women are going to jail.  It is particularly prevalent in the United States. This type of person is manipulative and when they speak it is automatically a lie.  What is worse is that they know how to injure a person without leaving any marks or bruises.  They appear normal because whenever they perform these despicable acts, no one is around to witness it.  There are so many teenage movies on the Disney channel, family channels and Nickelodeon that have themes with the evil teen and her little group of followers persecuting the new girl especially because she is quite pretty and very nice.  Of course, the new girl always wins out in the end, but it sends a message to teens that being mean or evil is acceptable up to a point.  There never seems to be any consequences to the nasty teen.  Even in the workplace, insidious evil individuals lurk just waiting to pounce on a poor unsuspecting co-worker.  Also, many movies with that theme.  However, it does exist in real life and occurs more often than you think.  For example, I worked with an evil woman who first chance she could started sleeping with her married boss.  Then she forced out three different workmates and before long her behavior led to the downfall of the company.  It does not exist anymore.  There is not one story in the Good Gus Series that contains an evil person or anything to do with evil.  The young reader can enjoy good adventures while learning value moral lessons. If you feel that the heirs of the trust or will you are handling are evil, don’t fret.  Instead visit maecharlesbooks.com and read “Misplaced Trust.”  It will give you examples on how to deal with those inconsiderate people.