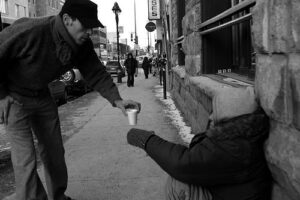 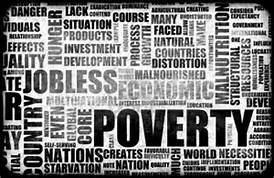 There are countless numbers of people in the world who are actually poor. They can barely get by with whatever money they do earn.  They live in shacks or shelters and can never get ahead.  They don’t own a car and can’t afford food sometimes.  There are individuals who bandy about the word poor to describe their lives.  Sadly, though, they have a job, a vehicle and live in a home.  Just because they don’t have a great deal of money doesn’t mean they are poor.  They are just lacking in extra funds or broke.  The word poor is often used in derogatory manner to describe another person or a group of people.  I have even heard others refer to a person being poor because they had an odor.  Many people have an odor but it does not necessarily mean they are poor.  It could be they didn’t shower; there was no hot water or even their washer broke down and they are simply trying to do the best that they can.  Individuals who do not believing in bathing on a regular basis, tend to wear a lot of perfume or cologne to disguise their scent.  Truthfully, it only makes it worse.   There are groups around the world who give their time, efforts and even money, to help the less fortunate turn their lives around and become independent.  It begins with learning and training.  Governments offer education to help individuals on the dole or welfare to become independent and no longer poor or even consider themselves as poor.  There are so many programs helping individuals with mentoring, interview clothing, interview techniques and so much more.  There have been countless movies about this very topic.  The word poor is also used for anyone who is not well educated or not quite as intelligent as the average person.  To say they have a poor mind is ridiculous.  Even the term, a poor heart doesn’t mean illness.  It generally refers to individuals who have no consideration for others and lack kindness towards mankind.  There is also the reference towards individuals who have a poor attitude.  Again, not about money but rather how they treat others which is usually not very nice.  All these descriptions can be changed and turn positive.  It just requires work.  To say anyone in Pecos, Texas in the Good Gus Series was poor, would be unkind.  The families had homes, raised crops, and all did the best they could.  There were no homeless individuals, only hard working industrious people.  If the recipients of gifts from the trust or will you are administering have a poor attitude, consider reading “Misplaced Trust” at maecharlesbooks.com.  You may find many of the answers you are looking for. (Books available on Kindle)