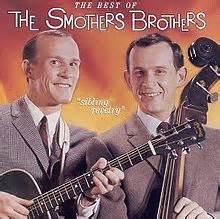 Many individuals harbor resentment. It may start out as a minor annoyance but the more a person thinks about a possible affront the more it grows into resentment. The feelings may come from blaming others and not taking responsibility for one’s own experiences.  Simply put, if a person takes responsibility for their actions then there is no one to blame.  Frequently,  people say offhanded remarks that makes the recipient begin to develop resentment towards another person.  Resentment comes in a variety of forms.  It can occur between siblings such as the Smothers Brothers who made money their entire lives based on “Mom always liked you best.” They parlayed a fake resentment into millions of dollars and great laughs for an equal number of audiences.  Sadly, though when family members hold grudges against one another it often destroys families and sometimes they don’t even speak for years.  As a cousin of mine said to me recently, it is ridiculous to harbor resentment against a brother or sister as life is just too short.  It is so true.  Even parents will hold deep seated feelings towards their children for perceived slights.  It is surprising that they would feel that way towards their own children but selfishness and a feeling that as the parent they are more important is a reality.  In the workplace, resentment is prevalent.  If a person is passed over for promotion,  a workmate will immediately develop anger and possibly blame as they felt they should have moved up in the management staff or the corporate ladder.  There are social groups that people form and within that group if someone is more successful, has a fabulous career, a large expensive home, a posh automobile, gorgeous wardrobe, travels extensively, etc. their feelings of jealousy, and possibly bitterness can develop and lead to a strong resentment towards that individual.  When resentment festers, for some people, it leads to acting out towards that person in negative ways.  The rivalry and jealousy in homes for senior citizens has made movie and television writers quite successful based loosely on their antics towards each other.  In the Good Gus Series none of the citizens harbor resentment against one another.  If the heirs of the will or trust are administering resent you for taking too long or not giving them their money fast enough, visit maecharlesbooks.com and read “Misplaced Trust.”  It will open you eyes on how to handle the harassment.