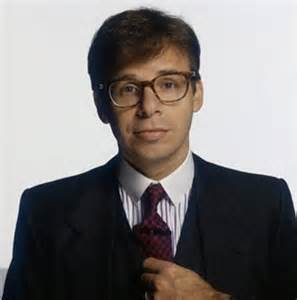 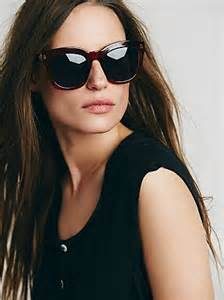 Many people turn a blind eye to everything that goes on around them.  Often people simply don’t want to see what is happening even though on a subconscious level they recognize it and truly don’t wish to deal with it. It is as if they are wearing dark sunglasses.  There are those who have no sympathy for individuals in times of trouble and so they just ignore it.  In the workplace, it occurs all too frequently.  Often over the years, there have been people who blew the whistle on their co-workers or boss rather than turn a blind eye.  Frequently, particularly in the United States, the witnesses or even employees of an unsavory group, would have to go into hiding, and change their identity.  They were given new lives and had to give up whatever they possessed and their former family and friends.  If they didn’t, they would one day disappear and then they would be unable to testify in court against their former employer or employers.  The old movie, “My Blue Heaven,” starring Steve Martin had that very theme.  He and his wife moved from New York to  California to the suburbs.  After only a day or two his wife left him and he  was on his own.  Rather than abandon his plan for witness protection, he decided to remain in California with his new identity.  Rick Moranis is the FBI agent in charge of making sure that Steve a/k/a Vinnie remained happy and eventually returned to New York to testify.  Often, Rick had to turn a blind eye to Vinnie and his activities.  It’s a funny movie if you can find it.  However, the reality of life is that there are a large number of individuals along with their families that had their whole world changed forever simply because they chose not to turn a blind eye.  Friends and family often turn a blind eye rather than face what may be going on.  When they decide to wake up and possibly take action it is often too late.  In personal relationships, there are individuals who suspect something may be happening but the other person is so good at hiding and manipulation, that by the time they do find out the truth, it is beyond being out of luck.  This could include a range of situations such as money, health, being unfaithful to a partner, cheating in business, etc.  The list is almost endless.  When they finally learn the truth, and face the reality, it is possible to turn it around.  However, often the person has been so remiss that the other person cannot forgive or forget.  In the Good Gus Series, no one turned a blind eye to anything.  If they did, the consequences to the citizens in Pecos may have been disastrous.  The books give the young reader a sense of community along with the ability to understand right from wrong.  In “Misplaced Trust” at maecharlesbooks.com, the characters in the book found it impossible to turn a blind eye.  (books available on Kindle)