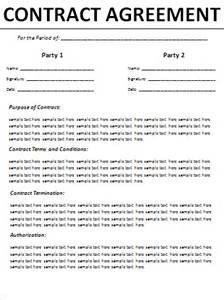 When an individual signs a contract, they never bother to read the fine print. They just assume that all their rights to rescind the contract, return the product and get their money back disappear if they don’t read the fine print. Then they go back to the shop and whine and complain to see if they can break the contract. Once they realize they can’t, they resort to a variety of tactics. Sometimes they work, sometimes they don’t.  There are people who have been wronged and even though the contract was iron clad, the product was defective and inferior requiring expensive repairs.  For example, a couple I know bought a manufactured home in Hixson, Tennessee from Clayton Homes.  They thought they had chosen wisely.  They ended up with a heating system that broke down the first year, cabinets that feel off the wall, draperies that feel down, a water heater that was sheet rocked closed, and so much more.  When they began checking their contract, the Clayton staff basically said, “Read the contract you signed.”  They were basically in the hole financially for an unlivable home.  When they checked the internet, they were amazed at the number of complaints against Clayton Homes including ignoring the warranty and many of the same defects that my friends had.  Another friend, in a legal office that offers services to former clients of a company that went out of business, has the same problem.  The clients are visited in their homes and sign a contract.  However, if they change their mind after the time allotted, they still demand their money back. What is worse, is they threaten blackmail by going to the state government and then involving a contract attorney whether he is the actual attorney or even does the work. By using blackmail and threats to go to the state bar, even though they are not entitled, the company has to return the money.  My friend has said that there are countless times where people do this and still end up with free documents.  It is basically stealing.  There are individuals who sign a contract and then decide that they don’t want to pay.  Often it is with a vehicle.  They even go so far as to move out of state and it takes months for the loan company to find the debtor to repossess the car.  How these types of people justify in their minds what they do is beyond me.  In the Good Gus Series there were no contracts so it was never part of a story line.  However, there is a contract if you are the executor or successor trustee of a trust.  You are obligated to follow the wishes of the person who put you in charge.  If you have worries, go to maecharlesbooks.com and view “Misplaced Trust.”