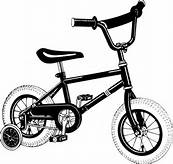 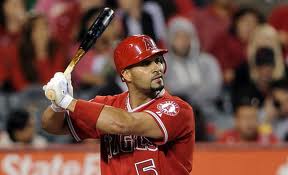 “Don’t knock it until you try it,” is an old but true saying.  Often individuals don’t have the courage to try something new.  It takes effort and personal strength to try new things.  For some people, it is impossible.  They like to stay in the same place, never travel or go outside their immediate area, taste new foods, or even strike up conversations with new people.  The word knock is used a variety of ways.  For example, in sports, athletes and spokespersons use it to knock other teams.  Today, on the internet there was an article about a team that said they had no one to blame for their woes.  Seriously, why would they blame anyone else.  They are a sports team.  They do their best and if they win, great, if not don’t knock it just try again.  People knock each other in subtle ways to make it appear as if they are thoughtful and considerate of you and your feelings when in reality they are just insulting you.  How often have you heard on a TV show or a movie, a parent speaking to a daughter saying, “That dress is very pretty but don’t you think it makes you look a little heavy?” It starts out as a compliment, but the reality of the words is a backhanded insult.  Many comedy shows knock their characters in a variety of ways.  People do it everyday in the workplace and after a while no one even notices.  It turns into a habit and becomes accepted.  Everyday conversations even in families can become a forum to knock one another.  To a visitor, it is obvious, but unless it is pointed out to the family they will never recognize it.  Certain behavior has become so commonplace that it is amazing.  The lacking of manners for many people, swearing in their daily conversations, and the very obvious  road rage just to name a few. There are even individuals who will knock another person about.  Certainly not the best choice in life, but it does happen. If the beneficiaries continue to knock on your door demanding their share of the will or trust, install another lock and visit maecharlesbooks.com and read “Misplaced Trust.”  In the Good Gus Series, no one had the time or inclination to knock their neighbors or friends.  The books give the type of life lessons in behavior that you hope to instill in your children. (books available on Kindle)