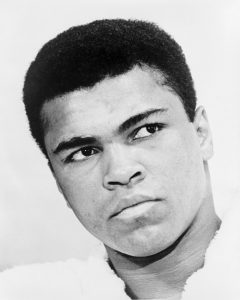 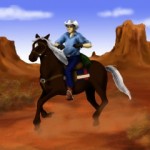 Actions speaks louder than words. One of my fans wrote and said how much he liked the words blog and said he had often said things he regretted. However, to him it was worse when he didn’t think before he acted. The actions like the words, not only couldn’t be taken back, but they were often much worse with lasting consequences. Often individuals are told that their actions are even more important.  How people act though is what really counts.  The late Muhammad Ali’s actions gave opportunities to many individuals.  His wonderful daughter, Laila passed on his efforts in sports for women.  There is so much going on in the world that the stories are full of the actions be them right or wrong.  For example, there was an article today of the heroic actions of a stranger who saved a boy’s life.  That took courage and quick reflexes.  Often, when people become angry with one another rather than resolve their issues, they escalate the matter by filing a lawsuit, violence, threats, and even gossip.  When a person wishes to destroy another person’s reputation, gossip via the internet can certainly do it.  Once it goes viral, there is no stop to it.  It appears to be easy and then when forced to retract, no one pays attention as the rumors spread like wildfire and all the corrections seem to go unnoticed.  In the workplace, the actions of others can make or break your career, ruin your day and possibly your work environment or even show you the door.  People don’t think before they speak or even act sometimes which can be quite disruptive.  A recent movie on the Hallmark channel was about a partnership that owned a small cafe.  A friend of one of the partners had another friend who got in touch with the city’s food critic.  Each day the partners would wonder who the person was.  Finally, a review was posted and one of the partners knew instantly who the critic was.  Not only did the food critic love the food but she did enjoy the drama that went along with the patrons of the cafe.  When she returned to the cafe, he spoke to her and promised not to tell anyone who she really was.  This was an example of actions that may have been construed by some as too much drama, but to the critic as entertainment.  The Good Gus stories are full of exciting characters with interesting actions in each book.  If the actions of the beneficiaries of the trust or will are driving you crazy, take a moment and visit maecharlesbooks.com and rad “Misplaced Trust.” It may be just what you are looking for.  (books available on Kindle)