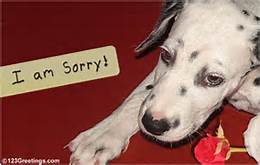 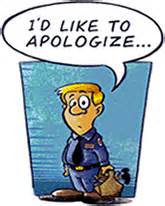 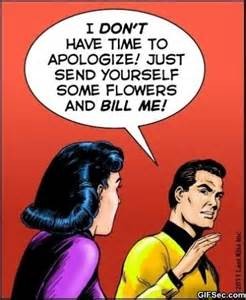 We were taught from the time we could speak that when we did someone wrong we needed to apologize. It was important for our all around education and to learn that when we made a mistake or did something wrong that we would need to apologize. There are people who do apologize but do not mean it. For example, a man or woman who has cheated in their relationship, does apologize and appear to mean it. However, if they are caught again, then it is nothing more than empty words with no sincerity. How often has someone made a rude remark and then said of offhandedly, they were sorry and apologize? Not a single person would accept that as they would know it was not real.  Why bother if it isn’t sincere?  Often individuals offer a fake apology because it is expected of them or because the people around them expect them to do it.  Either way, it should be the real deal or not at all.  When a person is dealing with customer service, often the individual at the other end becomes short and bordering on rude while speaking.  If the customer service rep thinks anyone is listening they will apologize.  A friend of mine has worked for collection agencies in the United States in the past.  She said that not only are the people rude who owe the money, but the collector can be horrifyingly nasty.  It became so bad in the U.S. because the collectors would call at all hours day and night, threaten the debtor, use foul language, and occasionally show up at their workplace.  It was so outrageous that the debtors who were trying to pay off their bills, lost their jobs as the collectors would also harass them at work.  There were laws passed to stop all of it.  My friend said that when she would call a debtor, many would apologize as they were having difficult times, had lost their job, and worse.  Then there were the people who felt that they didn’t owe the money and would be nasty to her.  She quit as the rude and nasty people far outweighed the individuals just trying to get by, pay their bills and turn their lives around.  In the Good Gus Series, the children are taught to apologize when they do something wrong.  It is a great way to give lessons to young children.  If you order today, your books will arrive before Easter.  If you feel the need to apologize as you are the executor or trustee of a will or estate, go to maecharlesbooks.com and read “Misplaced Trust.”  The cases may make you realize that the heirs should apologize to you.