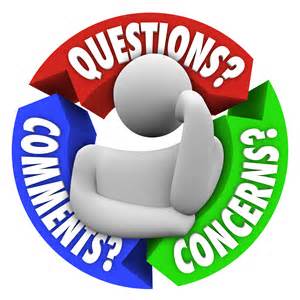 Many people have little or no concern as to what goes on in the world today and what many of the important issues are. If you live in a location, where a specific industry is the most important as it carries the state or country, then people will have concern about that and not about everything else. If you have ever lived in or visited California you know that the main industry is entertainment primarily television and movies. Therefore, when you listen to the news, they do discuss the events of the day, but there is also a segment for Hollywood, gossip in the entertainment world, and the latest shows. In the workplace, the workmates often appear to have concern for each other, but in reality they don’t particularity if it is a highly competitive industry. The movies and TV portray people in advertising  field to be the worse.  They have no concern for one another, respect for another person’s ideas, and in too many cases, steal someone else’s work for the credit.  Young children will take credit until they learn that it must be their work.  In the early days, parents did much of the special projects children had to turn in for school.  The teachers didn’t show any concern and judged the quality of the work secretly knowing that the parents did the bulk of the project.  One time when my son was young, he was in the Boy Scouts.  In the United States they have a contest called the Pinewood Derby.  The boys are given a block of wood and are expected to carve a small race car.  They are also provided wheels.  My son worked diligently on his car and even borrowed a neighbor’s tools.  He had no help from an adult.  His car looked good.  However, on the day of the race, all the other cars were professionally built.  What was interesting is that all the boys liked my son’s car the best as they knew he did himself.  The dads were too busy competing with each other to even notice.  Their only concern was to win even it it wasn’t exactly the way the Boy Scout handbook states in their rules.  There are families who have relatives who are always sickly.  After a while, they begin to display a lack of concern as they become numb to the constant health issues.  In the Good Gus Series, everyone in Pecos had concern about their fellow neighbors.  It was important during that time period.  If the heirs of a trust or will have no concern for you as the Successor Trustee or Executor, ignore them and visit maecharlesbooks.com and read “Misplaced Trust.”   It is also available on Kindle. The book may give you the answers you are seeking.