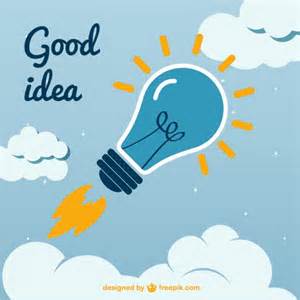 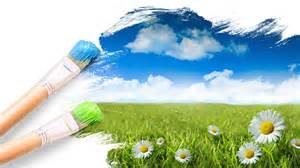 Everyone has a creative side although they don’t always show it. Individuals often refer to people who are technically savvy as Geeks. There is even a store, Best Buy, that has the Geek Squad. However, those types of individuals are creative. They have to be to solve intricate problems technologically. They can follow diagrams, and parts manuals, but if you don’t have a creative side, then you can’t come up with the answers to solve the problem. My son has a Ford Lightning that was built in Canada in 2001 but sold in America in 2002. The interesting part is that half of the parts are 2001 and half are 2002. One day he was replacing the brakes and the pads wouldn’t fit. He couldn’t figure out what was wrong. Now he doesn’t believe he is that creative. He is a fabulous cook and in his own right is very creative with foods. He’s just never thought of himself as particularly creative. However, if he didn’t have a creative mind to think out of the box, he never would have figured out the reason the pads didn’t fit. There are also people who are creative liars. They take a few basic truths and when they began speaking, some of the facts are there but then they embellish it into something that possibly makes them look good, or if they were caught at something somehow come out as a plausible truth. Sadly, partners who are cheating on each other are quite creative when it comes to covering up their extracurricular activities. There was a movie with Jim Carey, “Liar, Liar” that was popular. He was indeed creative in his lying and one day something magic occurred and he could no longer lie. It was a comedy with a happy ending but he used every conceivable thing he could think of to get out of admitting that he was a liar, selfish and inconsiderate. There is also the school of thought that creative people don’t understand business. That is ridiculous. The point being that Apple would never have come about without the creative mind of Steve Jobs. There are so many advances in medicine and technology that only occurred with creative minds. Children should always be encouraged to be creative so that they can learn what they enjoy and dislike. In the Good Gus Series the children are very creative particularly when it comes to figuring things out and not following their parents’ rules. If you find that the heirs are becoming even more creative in pressuring you to finish the trust or will you are administering, ignore them and read “Misplaced Trust” at maecharlesbooks.com. (books available on Kindle)