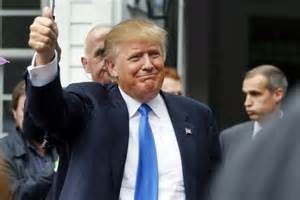 Today, I was listening to an interview on CNBC when the interviewee discussed how much he despised Donald Trump. At first he said he would leave the United States, if Trump was elected. Then he changed it to saying that it was time to get out the pitch forks and go after him.  The same has been said about Hilary Clinton by other people including comments on Facebook about how much she is despised by specific individuals.  The political environment is certainly heating up and the candidate’s followers are hard core.  Their feelings are strong about whether they support a candidate or if the rival is despised by them.  It is understandable, if a person lives in a country that has a war going on, that their feelings of hatred towards the enemy are certainly justified.  However, the political arena has suddenly become a war zone without weapons.  The arsenal is words, gossip, innuendos, rumors, threats, and a constant barrage of attacks and opinions.  This is the first election that I am aware of where people are putting their opinions about their favorite candidate on Facebook and publicly proclaiming them on various television shows.    No matter what anyone says, this election is going to become really ugly.  People are despised for their actions and often the words that they say.  If a person constantly loses their temper and makes nasty remarks, verbally abuses another person, destroys property during their outbursts, then yes, they are probably despised.  There are individuals who feel that they have a right to say and do anything.  It is not just limited to words, it can include snooping, theft, betrayal and so much more.  Often the individuals who are despised are for a reason.  They don’t just wake up one morning and realized that just about everyone cannot stand them.  Generally, people who are despised are narcissistic, feel that only them and their life matters and that they have all the rights to say and do whatever they want.  There is a person I know who is exactly that way.  He has no friends as no one can tolerate him.  He talks non-stop and it is his opinion that matters, not anyone else’s.  He believes he is more intelligent than anyone and he goes about expressing his thoughts whenever anyone will listen.  He further believes that he is always right and everyone else is wrong.  His life is in shambles yet he doesn’t look at himself and think that it might be him.  He also has the victim mentality so that whatever occurs someone is doing him harm.   It’s a wonder that he has no friends and is despised.  Who would want to associate with him?  There was only one person in the Good Gus Series, in book one, “Pecos Meets Bad Bart,”  that  was despised. It was Bart, but Sheriff Gus turned it around so that he was no long disliked.  If the heirs in the will or trust you are administering seem to make you feel that you are despised, don’t give up hope.  Visit maecharlesbooks.com and read “Misplaced Trust.” Also available on kindle.