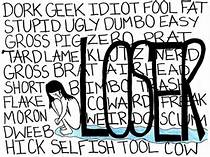 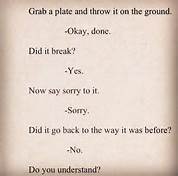 There are people who think nothing of saying hurtful words. If they only took a moment to think before they spoke then they might not have regrets for the rest of their lives. It only takes a few second to stop and think before uttering hurtful words. It takes for some a life time to get over hurtful words. There are individuals who are rude and sarcastic every day. It has literally become a habit.  If a person points it out to them, they immediately react.  They are in denial, and they feel that they are not wrong.  It seems unreasonable that when the same words are spoken back to that person, that they cannot see what is wrong with their hurtful words.  This type of conversation towards others can be devastating.  It can ruin a relationship, stop siblings from speaking for years, and hinder employment.  Hurtful words last a long time and when said to a person whether at home or in the workplace can be harmful in many ways.  In the workplace the person will lose confidence; their performance will deteriorate; and somewhere along the way when they are passed by for promotion, they will become angry.  Is it possible that the people who have, in the past, completely lost it, and went on killing sprees at their workplace stemmed from hurtful words from their boss or supervisor?  Often if you look back on the stories, there is obviously more to it than that.  However, in each story there was a conversation that occurred that was part of the downfall of the person that led them to commit acts of violence.  In the home, these types of negative conversations only lead to unhappiness, arguments and resentment.  The old saying, “Sticks and stones will break my bones, but words will never hurt me,” is wrong because they are and they do.  There are also the individuals who get drunk and say hideous things and later say, “Well, I had been drinking and I didn’t know what I was saying.” They know.  It has been said that when individuals are under the influence, they say what is really in their hearts and on their minds.  Do you agree?  None of the books in the Good Gus Series contain hurtful words.  The books were written to give children good examples of how people should treat one another.  If hurtful words are destroying your ability to manage the will or trust administration, don’t allow it into your brain.  Rather than feel bad read “Misplaced Trust” at maecharlesbooks.com. (books available on Kindle)