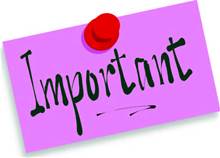 What is important to people varies from person to person. It is an interesting topic because if you ask an individual what they feel is important you might be surprised at the answer. Other than the standard answer of family, husband or wife, parents, etc. the real answers might surprise you beyond that. Having asked people over the years their answers were partly at where they were in their lives and partly age. For example, a young woman I know felt that if she wasn’t married by thirty and having children, her life was over. She is a gorgeous girl, but her life is far from over. She simply hasn’t met anyone who was right for her.  There are a few young men that I know in their early thirties who are still attending school and one or two know exactly what they would like to pursue as a career, but a few of them have no idea.  The men who were attending college or a trade school, felt that they should have started earlier and would be so much further along by their current age.  In reality, sometimes it takes a while to figure out what you really want to do. There are individuals who are career students.  The first time I met such a person was when I was working and attending college.  Recently, I was told by a man in his forties, that his schooling was more important than anything or anyone.  It is very interesting as he is married and has a family yet, his priority is his education.  He went on to tell me that anyone else who was attending college that he knew including relatives, that their furthering of their education was simply not that important.  Talk about an ego.  This man believes that only his life matters and what he does is more important than anyone else’s.  Occasionally, success comes to people much later in life such as their forties, fifties and even sixties.  Rather than beat themselves up mentally, they should be happy that they figured it out so early rather than work at dull boring jobs and always dreading work each morning. Henry David Thoreau said, “Men live lives of quiet desperation.”  It is true for both men and women.  When I was young it was expected that you married right out of high school or went to college to meet your future husband.  Women who didn’t do that were considered old maids by the time they were twenty.  If they worked and didn’t want marriage and a family, they were considered odd, strange and unappreciated by their family and friends.  There were even cultures in the deep southern part of the United States that considered girls unsuitable for marriage if they weren’t engaged by fifteen or sixteen.  The gypsy culture still believes that today although the age limit has increased.  A solid foundation in life is important.  It is how you use it and what makes you happy is really what counts.  Every day in the Good Gus Series, the citizens felt that everyone was important and that all lives mattered.  If you are faced with individuals making your life difficult as the Successor Trustee or Executor of a will or estate, don’t take it to heart.  You are the important person in this process. Please visit maecharlesbooks.com and read “Misplaced Trust.”  Then, you will truly know just how important you really are.