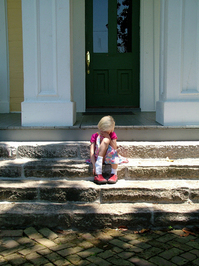 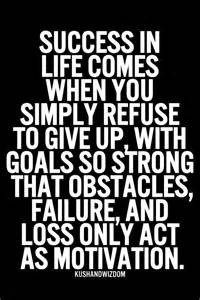 There are some days for certain individuals who simply lose hope. They find life so difficult that they feel it is almost impossible to move forward.  People in war zones obviously find it difficult not to lose hope.  Each day may be worse and their chances to escape diminish the worse the fighting becomes.  Even in everyday life, there are individuals and families that have so much negativity happening to them, that is a wonder sometimes that they are able to continue on.  For example, during recessionary periods, families lose their jobs, first possibly the husband, then the wife.  Before long, they begin selling items to keep holding on while they are desperately seeking employment.  Eventually, they may even start pawning items just to make ends meet.  Once in a while before they hit rock bottom, they land a position.  If not, they end up becoming homeless.  Many years ago, when I was living in Texas, a radio station mentioned a family that was living in their car.  It was a husband, wife, their small baby, and the wife’s teenage brother.  The day it was announced, the dad was offered a job, and the family was offered temporary housing in a small apartment above an individual’s garage.  The teenage brother came to stay with me until his sister and husband were able to rent an apartment that they could afford and all live together.  Once the family had a temporary home, the radio station was inundated with food, clothing and home goods to help them so that they could have a home again. They had indeed lost hope, yet they persevered and were fortunate simply from the kindness of many people.  I know another family right now who is going through a variety of problems. It’s not only money, but divorce and custody are a factor, along with a terminally ill relative.  Sometimes a couple of the family members seem to lose hope.  Yet, they struggle along and try to hope for the best.  If they decide to do crowd funding, I will announce it in my blog.  They truly need help.  There were characters who appeared to lose hope in the Good Gus Series.  However, their friends and neighbors rallied around to assist them to turn the negative into positive.  If you are struggling with the heirs of the will or trust you are administering, don’t lose hope.  Visit maecharlesbooks.com and read “Misplaced Trust.”  Some of the chapters may shock you, but you will gain valuable information that may just be what you were looking for.  Books now available on Kindle, Apple I-books, Nook and several other I-Book websites.