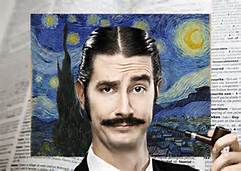 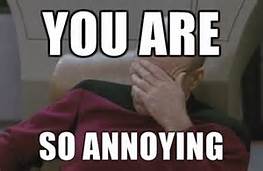 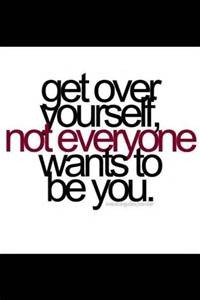 Anyone reading this blog today, probably dislikes one up-man-ship. Almost everyone knows someone who does this. There are two people I know that do this particularly in public places. For example, if they are in line at the bank, or post, they will ring and begin discussing the time they were in Italy, France, the United States and make sure everyone around them hears and understands that they did something interesting. There have been occasions when a person overhearing their conversations, have spoken to them and did the one up-man-ship. They also do it at airports after going through security or while they are in line to buy food. I have seen these two people do this in public.  Most people look away and whisper.  A few even give them a dirty look.  If you have a family member who believes in one up-man-ship, you are unlucky.  They always have to make sure that whatever you say, they have seen it, visited it, bought it, driven it, etc.  It’s really annoying.  You can’t complete a sentence without them interrupting.  It becomes aggravating particularly if a person has good news, starts to talk about it and the one up-man-ship  immediately jumps into the conversation.  For example, you have worked for a particular company for a short time and get promoted with a significant increase in pay and benefits.  What does the one up-man-ship do?  He or she immediately breaks into your good news to say that when they worked at a specific company, they were promoted after only a few weeks.  Seriously, if you knew this person, you would automatically assume they were lying.  In fact, they probably are as it seems so important that they prove they are better, smarter and make more money than the person with the good news.  You have probably seen this in the workplace with individuals competing to be the best, head and shoulders above everyone else working there.  There is also nothing worse than returning from a holiday, eager to discuss the wonderful time you had, only to have it ruined by the one up-man-ship person.  It makes a person feel as if they don’t even want to talk about anything to anyone.  I have seen people put the one up-man-ship person in their place.  A person will be talking about a wonderful experience and the one up-man-ship will immediately interrupt.  Out of the blue, the non know it all, will literally pounce on him or her and with a few words put them in their place.  Sometimes it works so well, that the one up-man-ship person will suddenly have to leave and then everyone can enjoy hearing about the first person’s wonderful experience.  In the good Gus Series, Bad Bart, made sure everyone knew and clearly understood that he was Bad Bart for a reason.  Don’t let the one up-man-ship person make you feel small because your finances are in poor shape.  Start today with the Money Manager at maecharlesbooks.com.  You’ll be glad you did.