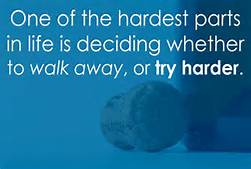 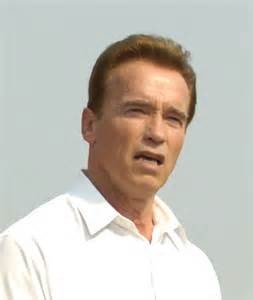 Have you ever been told to just stop something and quit? If a person decides to quit anything, it should be of their own volition. If an individual decides to quit a job, they should always have another one in place. It sounds odd, but in the working society today, if you are not currently employed no one wants to hire you. I thought the point was to land a job because you didn’t have one. I have heard hiring managers actually say that they only want people currently employed. It does make it difficult if a person had to quit for legitimate reasons or became redundant. Often people try to quit smoking, drinking, over eating, swearing, and even gambling. They put forth the effort, but they don’t always succeed. Often if thye have the buddy system, someone who is there to encourage them in their efforts, their success rate increases. In the United States, there are numerous commercials to lose weight. They suggest you buy pre-made meals for one example. Several celebrities have been on the commercials boasting their weight loss through their purchase of ready made meals. The before and after pictures are remarkable.  Dieting in the U.S. must be difficult as there is so much fast food available and if you are sitting on the sofa watching TV, the food commercials occasionally make you want to run out and buy whatever they were advertising. For smoking, there is a nicotine patch, cold turkey, and the electronic cigarette. Do they work? Many adverts say yes. They also have the advertisements with people who smoked and have cancer. They have a device connected to their throat which enables them to speak. Their voice is then transmitted electronically so that they sound similar to a computer.  If you have a bad habit, quitting is never easy.  It takes time, patience and courage.  There are people who persevere and do not believe quitting is the answer to anything.  How many stories have you read about people who started with nothing, possibly moved to another country, and felt if they did not quit they would be successful?  Look at Arnold Schwarzenegger.  He moved to the United States with a duffel bag and became a multi-millionaire and the former governor of California.  One can only assume that the word quit is non existent in his vocabulary.  One time I was in City Center Dublin waiting for my son.  He had gone down the street for a Subway sandwich.  I was standing in front of Eason’s Book Store on O’Connell Street as I had just finished a meeting with my first illustrator for the Good Gus Series.  There were several people around me when a gypsy approached me demanding money.  I ignored her but she just wouldn’t quit.  Finally, I told her no and to leave me alone.  She had tenacity as she kept on me.  Not one person helped me.  Finally, my son reappeared and she started complaining to him that I wouldn’t give her any money.  He told her to walk away and leave me alone.  She did only to return with her boyfriend.  Somehow she thought this would change our minds.  The boyfriend took one look at my son and began dragging her off.  Even in leaving, she was rude, nasty, and wouldn’t quit harassing me and calling me names.  My son handed me his sandwich and put his backpack down and proceeded to follow them.  She finally realized she needed to quit yelling and start running.  There are people that feel that no matter what they are entitled to your money and will not quit until they get it.  This was not one of those times.  In the Good Gus Series, there is a story entitled, “Girls Rule.”  It’s about a horse race around the Pecos River.  The boys in the race practiced one day, and then quit figuring they would win easily.  The girls, on the other hand, practiced every day.  Guess who won?  If you feel like you want to give up and quit trying to manage your finances, don’t.  Check out the Money Manager at maecharlesbooks.com.