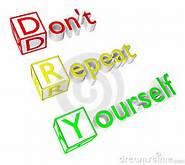 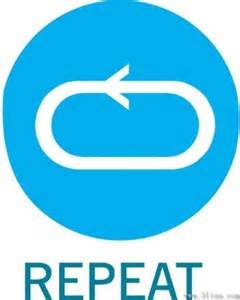 Why do people repeat the same mistakes over and over again?  Even when it is pointed out to them, they continually make the same errors.  You would think that their brain would register that the same ending will occur yet, it doesn’t.  Einstein said that the definition of insanity is to repeat the same mistake over and over again and expect different results.  Yet people continue to do it.  Are they insane or just have some glitch in their brain that makes them think it will somehow turn out differently?  Look at the person in a relationship who continually lies and cheats.  They promise that they won’t do it again, yet they will continue until the other person wakes up and realizes that the relationship has ended and walks away.  When we teach children they learn from their mistakes.  The child who repeatedly causes harm, hits his or her sibling, destroys items, etc. has a problem.  Pavlov’s dogs learned by conditioning.  That is basically how we teach children.  If they learn something we praise them,  and if they do something wrong they learn that there are consequences.  The same is true in the workplace.  There are employees who will basically not understand their job, but rather than admit it they will continue to repeat their mistakes until they find someone who will do the work for them.  Look at criminals and repeat offenders.  How do they think that the end justifies the means?  They always get caught and yet as soon as they are free they think that the next time will be different and they will walk away without getting caught.  Of course, Einstein’s theory does apply and they probably are insane.  Sadly, drunks repeat themselves to the point that you wish they would pass out.  I had a relative that was an alcoholic and she would ask the same question four to five times.  One day, her doctor put fear into her mind that she would pass prematurely and she quit cold turkey.  Even in driving there are individuals who are repeat offenders.  They always go over the speed limit, are inconsiderate of other drivers and constantly display road rage.  I remember reading an article in Texas about people starting to carry guns and shooting individuals who threatened them with their vehicles.  There was a sudden drop in road rage.  The great part about reading a book from the Good Gus Series is that  the characters didn’t repeat their mistakes.  They learned their lessons.  If you find yourself repeating everything to the beneficiaries of a will or trust, stop and take a moment to read “Misplaced Trust” at maecharlesbooks.com. (books available on Kindle)