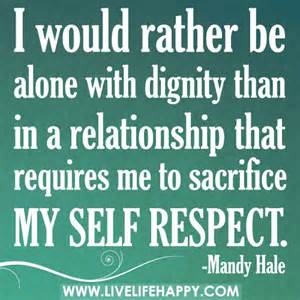 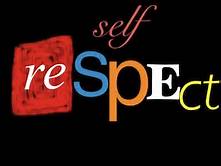 Everyone should have self respect.  It’s important that we feel good about ourselves and are able to wake up everyday and look in the mirror with pride.  There was a movie on the Hallmark Channel about an attorney who was let go because he wouldn’t breech his code of ethics.  It was only three days before Christmas. His boss wanted  him to make up a reason to sue a restaurateur who had a twenty year lease That was held by their largest client.  He refused so he was made redundant.  The  day before Christmas  the boss called him back and asked him to come into the office.  He said he was giving him a chance to change his mind and he would get his job back.  He said if he handled this one deal for their special client that he would make partner once the restaurant went under financially due to a frivolous lawsuit.  He told the attorney that he wanted him to run up the restaurant’s legal fees so he would have no choice but to close his doors.  The attorney wrangled in his mind what he should do.  When he came down to it, he realized that the respect of his wife and his own self respect was far more important.  He called his boss on Christmas and went by his house.  The boss instantly thought he had changed his mind.  However, he told him absolutely not; that his self respect was more important plus he didn’t want to harm an innocent person.  There are times in the workplace where managers and bosses decide they know what is best.  It’s how many companies have been caught doctoring tests, using cheaper parts of items, understanding and knowing safety laws but ignoring them and so much more. Once their flagrant violations come to the light of day, they have many excuses except the one that matters.  They should be saying, “I know it was wrong but I did it anyway for the good of the company.”  It’s always about money.  Occasionally family and friends ask things of us that are against our moral codes and ethics.  It’s not just about the rules we hold ourselves to, but what it really boils down to is that we must maintain our self respect.  Without it, we are lost.  All the stories in the Good Gus Series display self respect.  The lessons are valuable for young readers.  Don’t lose your self respect from the beneficiaries of the trust or will you are managing because they want you to cut corners rather that a good job.  Instead read “Misplaced Trust” at maecharlesbooks.com. (books available on Kindle)