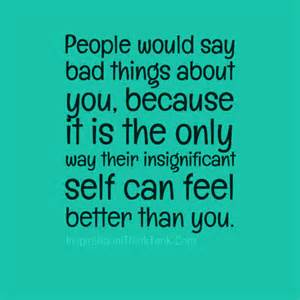 There are individuals who feel insignificant.  They are also treated in a certain way that makes them feel unwanted and unimportant.  There is the old joke about the middle child  getting the least attention and feeling insignificant.  There are now television shows centering around that very topic.  There are songs and Disney has a children’s show entitled “The Middle.”  There is also a second show with the same name on the U.S. Network, ABC.  The shows obviously try to point out the value and importance of the middle child who is generally ignored.  Stop and think about families you know or may have known.  A few come to mind and the middle child was really left out in many ways.  I know of one family in particular where the oldest child was favored by her grandmother, the youngest by the mother.  The grandfather also favored the youngest child and the middle child was found to be annoying and irritating.  The grandparents and mother did try, but he was an unusual boy.  The father saw it and even though the didn’t say so, it was clear that the middle child was indeed his favorite.  Feeling insignificant at any age is difficult, but it appears that during the school years it is more prevalent, particularly in high school. I recently saw a movie on the Hallmark Channel, “A Date for Love.”  It was about a high school student who had been turned down fifteen times asking for a date to the prom.  His sister gave him the brilliant idea to do a video and ask a famous actress.  Her career was in a slump so that when she received the offer her agent jumped on it.  What struck me was that other female students appeared to like him when he was with the actress, but the rest of the time they would have nothing to do with him.  He felt lost and insignificant.  Obviously, there is a happy ending and his best friend, a girl, ended up going to the prom with him. One of the committee members was so jealous of the actress that she found a loophole to force the principal to cancel her request to attend.  The actress was so upset that when no one saw her she cried.  Then, the best friend of the date came upon her and the rest is history.  If there is anyone you know at work or in your family that feels insignificant, take a few minutes whenever possible to change that so that they feel important and good about themselves.  In the Good Gus Series, everyone is important and no one feels left out.  If you find that the beneficiaries are making you feel insignificant and just a tool to get at their inheritance, don’t listen to them.  Rather, take a few minutes and visit maecharlesabooks.com and read “Misplaced Trust.”  You will feel ten feet tall. (books available on Kindle)