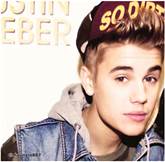 There is a song I hear on the radio when I am driving my truck that says “Love Yourself.” After looking it up, it is performed by Justin Bieber. The lyrics are criticizing a former girlfriend in that she apparently is quite self-centered and conceited. When he tells her to love yourself, he is saying he is walking away as she doesn’t love or care about him. It is popular around the world. We all should be able to love ourselves without being narcissistic, conceited, and  self-centered. It is important because people who do not like themselves fare poorly in life.  A person who dislikes themselves is very unhappy and sees everything in a different perspective than a person who cares about themselves.  If you are wondering why, there are generally several reasons.  A person may have been told for years that they are awful and they genuinely believe that and therefore, they hate themselves.  People also believe that their physical appearance is far more important than their personality and they cannot be happy or like themselves.  There are also individuals who are alone and feel that no one is available to help them and would want to.  They really need a lesson in love yourself.  Sometimes all it takes is an event to occur and then individuals are surprised as to who will help them.  Usually, it is the last person you would expect.  I saw an article a biker wrote about himself and his appearance.  He looks tough and has numerous tattoos.  It was an open letter to women with children who make their children look away when they see this man.  However, he is a family man who takes his daughters to dance, cries at Disney movies and is a good provider.  Love yourself is not his problem.  He feels it is how people perceive him and that possibly they are intimidated by his look and they may not feel good about who they are.  There are other reason why people hate themselves such as too many regrets and they cannot cope with whatever they did or didn’t do.Many people who have an inferiority complex also dislike themselves because they feel they just aren’t good enough, that their very presence disturbs things in life or that they are weak and fragile.  Sometimes all it takes is another person showing them the way, believing in themselves, and giving it a go to turn their lives around.  In the Good Gus Series, love yourself is an underlying theme for young readers.  (available on Kindle) If the heirs feel you love yourself more and aren’t doing everything to help them receive their money and/or gifts, try maecharlesbooks.com  and read “Misplaced Trust.”  It will truly open your eyes.