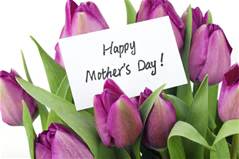 Today is Mother’s Day in the United States. Everyone is celebrating their wonderful mothers. They are a rare are breed, mothers. They love their families no matter what, they work hard, keep a home, and try their best for their children.  It was the mothers during World War II that worked together taking care of each other’s children and working in factories to build parts for airplanes, weapons, airplanes,  assembled food packages, etc.  They even learned how to fly as it was necessary to transport airplanes to various locations for the pilots who flew during the war.  It wasn’t just one country either.  It was the countries around the world fighting  and the mothers were right there for all of it.  On Facebook today, many individuals expressed their love for their mothers, grandmothers, aunts, and women who were like mothers to them.  In addition, many of the posts contained references to mum’s no longer here and how much their families missed them.  Of course, there are people who have or had terrible mothers.  Everyone has heard about them.  They were the women who were too busy for their children, merely played at being mothers and let other women and even men raise their children.  Sadly, there are also mothers who are so selfish that once their child is old enough to support themselves, or they get into trouble, they don’t stand by them.  They throw them out of their home and let them figure life out for themselves.  Often these children are exactly that, still children.  It is also sad for the children living in group homes, shelters, foster care, and anywhere they don’t really have mothers or even a mother figure to love them.  I have written about adoption and what a wonder it is for both families and children.  Today, of all days, it is really true as these children can celebrate their mothers as they were chosen by them to give them a home and love them.  In the Good Gus Series, there were a few mothers and children who only had dads.  If your mother is no longer here and you are administering her estate or will, please visit maecharlesbooks.com and read “Misplaced Trust.”  Missing your mum today is bad enough, but the stories within the book may help you to see that there are still wonderful women who loved their families and tried to give them whatever they had left.