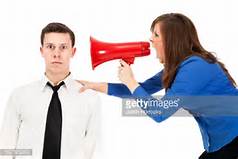 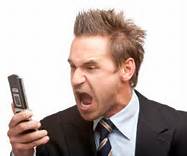 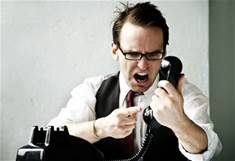 Why do people think that if they speak to you in a raised voice that somehow you will understand or that it is better? A raised voice doesn’t solve anything. The only thing it does do is aggravate the other party. There are days that no matter whom you speak to the raised voice works its way into the conversation. You may start out speaking normally, but before long one person will start with the raised voice and before you know it, it’s all out yelling and a problem. Sometimes you see individuals do it because they are mad or frustrated with a sales clerk, a bank teller, or even a family member. Before long it’s a yelling match with words that should never be said and probably can’t be taken back.  The raised voice is the start of family feuds, siblings refusing to speak to each other, and if it continues in a marriage or partnership, divorce.  There are words that can be turned around into positive if people take the time.  It almost seems easier for some people to yell and shout rather than speak calmly and rationally.   If the civility remained there would probably be less problems.  The same is true with diplomatic relations between countries.  Many years ago, Nikita Krushchev was speaking at the United Nations.  He took off his shoe and began pounding it on either the podium or a desk.  The details are a little sketchy. In any event, he was making a point with his shoe and a raised voice.  He was protesting colonialism.  Did it make a difference?   It also occurs when a person is speaking to another individual and neither one speak the same language.  Somehow, the individual trying to make a point, buy a product, or complete a transaction believes that a raised voice will make the other person understand.  The decibels of the tone does not matter when the person cannot understand the language.  What do you do when  a person uses a raised voice to you?  I would love to receive your comments.  In the Good Gus Series, Bad Bart was the only character in the series who used a raised voice.  However, Sheriff Gus solved the problem calmly and quietly.  If the heirs of a will or a trust are harassing you with raised voices, visit maecharlesbooks.com and read “Misplaced Trust.”  It will give insight on how to handle those difficult people.