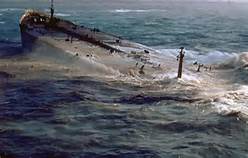 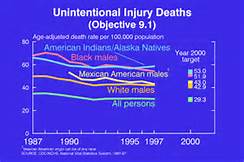 Often people say and do things unintentionally.  It can be anything from unintentionally letting a secret slip, looking the wrong way and suddenly hitting another vehicle, or a simple mistake or error.  Yet, when these events occur, even though the person didn’t mean it, things turn unpleasant.  It seems impossible for some people to recognize that whatever occurred was truly unintentionally and not on purpose.  Obviously, when people plan a crime, or a negative outcome for an individual, they are doing it for a reason.  A friend of mine who works for an attorney unintentionally made an error a few years ago.  She worked for this attorney for almost three years.  When the mistake was discovered, she was no longer employed with the first attorney.  Since the error was unintentionally made, she immediately sought the advice a few other attorneys to see how the situation could be resolved.   It was a fairly sizable error and at the time she was doing this work she had the flu.  She didn’t work for a couple of weeks as it had progressed to a severe case.  She did tell the attorney and client to double check her work as she was prone to mistakes when sick.  Another girl filled in for one week but by then the work for that particular client all work  had been completed and was awaiting the attorney’s approval.  The other two attorneys resolved all parts of the issue except one.  When the original attorney was contacted by the client he ignored them.  It wasn’t until the client was so upset with the first attorney that she sent him a notice demanding assistance.  Then the swung into action.  He contacted my friend by email and she responded.  He eventually telephoned her and she sent him an email that her family had a great deal of sickness including one individual with cancer.  The attorney was angry that my friend did not return his phone call.  Finally, the second attorney who was working on solving the last issue, sent her an email and told her to call the original attorney.  She did and the original attorney’s major issue was that she had not returned his call immediately.  He mentioned it several times during the conversation.  She clearly explained that the  unintentionally error was just that – a mistake.  Now there will be a court issue which my friend is confident that the second attorney will resolve.  It is also clear the original attorney will cause problems for my friend if attorney two does not succeed.  There are times in life when things simply occur unintentionally.  We all try to do our best to solve the issue or problem.  It is unfortunate that people cannot be more understanding.  There is still time to order a Good Gus Series book for Easter gifts for young children.  Also, when you are looking for new and interesting reading, go to maecharlesbooks.com and check out “Misplaced Trust.”