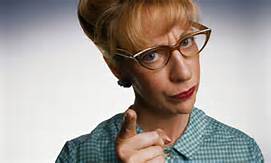 There was an article today, on Yahoo about parent shaming. It primarily occurs in the United States. It was surprising and a little shocking. Apparently, individuals in the U.S. feel that they should report parents for anything they do. The article had a few examples. One was a woman on the East Coast of the U.S. She heard her doorbell ring and it was a delivery man. Since she was in her pajamas she decided not to answer it. Her two children were watching TV. She also went to the restroom and when she returned there were police at her door. The article didn’t specify, but I am assuming that the delivery man looked in the windows and saw the children. The woman was traumatized. Celebrities, including Ryan Reynolds and David Beckham,  have been criticized for not carrying a child in a back pack in whatever ever the person doing the condemning considered improper, another person over a four year old with a pacifier, etc.  It seems as if individuals feel they have the right to contact child protective services and the police. Their parent shaming seems to be out of hand.  Statistics show that child abuse is down and that the majority of the calls to the police and child protective services are unnecessary and that the callers are completely wrong in their accusations.  Minding one’s own business unless there was real danger was the way people behaved in years past.  Now they all seem to want to be a cop and report on everyone. It almost seems as if the children in real danger go unnoticed and the people who do their best with their children are the target of parent shaming. Dr. Christian Carter, a Sociologist at the University of California, Berkeley, said, “That more often than not, society’s tendency to shame a parent comes from a darker place.”  If you think about her comment, it sounds logical.  Are the people who are doing the parent shaming guilty of somehow mistreating a child?  It is not a pleasant situation.  In the Good Gus Series, there was no parent shaming.  If you are feeling parent shaming because you are bad with money and aren’t taking care of your family properly, consider the “Money Manager” at maecharlesbooks.com.