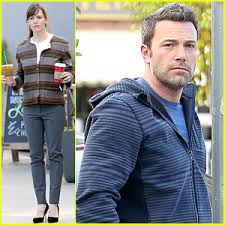 How often have you heard the words, “You are in denial?” I frankly dislike those words. Often people will use that in an argument against another person to prove their point.   When a major scandal occurs, the words you hear after pointing fingers at other people, are “No not me,” in other words denial. Look at what is happening with Volkswagen. The CEO during interviews has suggested that VW should not be sued and that the people who made the decisions to basically cheat on the tests are responsible rather than VW as a company. They were on someone’s watch doing the cheating who reported to a higher authority. Over the years if you look at the scandals its shocking that the automatic go to for anyone is denial. When we were children, denial once we figured out that we would be in trouble, was the route of choice. I have seen many cute videos in the news of young children clearly guilty of eating something and saying it wasn’t them. I remember one of a little girl who was not supposed to touch a box of doughnuts. The mum videoed her conversation and put it on You Tube. Naturally, it went viral. The little girl kept denying that she touched the doughnuts but her face was covered with powdered sugar and some chocolate so there was no doubt. The Clinton Lewinsky scandal which was seen around the world is another example. Clinton’s first words were denial. Eventually the truth emerged and denial was no longer possible. It was also interesting when he said he didn’t smoke marijuana but rather only inhaled it. Clearly, denial does not work for him.  Look at the Affleck Garner divorce.  Ben categorically stated he did not have an affair with Ouzounian.  Unfortunately, Ouzounian not only admitted it but has done everything possible to promote herself for money at the same time.  I understand trying to protect a family, but denial is not always the answer.  The truth will prevail.  There have been scandals in China, India, France and of course, the United States.  It seems almost automatic when confronted with anything, that denial are the first words anyone speaks.  I know it occurs when people are stopped by police for speeding, running a light, driving a car not up to code, or driving erratically.  When the police ask their first question, the driver immediately goes into denial mode.  If the cops have fancy equipment, they can prove the driver is lying, then denial is hopeless.  There are a few of my books in which the children deny their activities.  However, as in life they are found out and have to accept responsibility for their actions.  The Good Gus Series is an ideal way to teach children without lecturing.