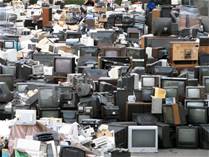 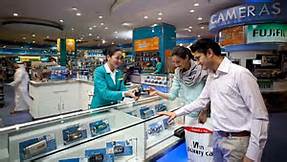 How much electronics is too much? We are surrounded by electronics at home, at work and even when we are out in public. There are videos watching traffic go through traffic lights hoping to catch offenders and speed traps now with equipment that will take a picture of your car if you go over the limit. There are video cameras on sidewalks and intersections to observe everything going on around those areas. The electronics are also in the stores watching for shop lifters but also observing customers to see their purchases, how they react to a display and how much they actually buy. The electronics are so sophisticated that the software programs can even issue reports on any and all data just by filming the customers. If you just think about the electronics you own, you might be surprised. Many people have watches that are also computers. Then there are the fitness watches to help people reach their health goals. The amount of electronics in our homes is amazing. Most people have a digital TV, a computer including a laptop, desktop and tablet; a printer, fax, scanner, electronic stapler, a microwave oven, digital clock, electric toothbrush, hair dryer and on. The list is endless. What comes to mind is that with all these electronics, why aren’t most people happy? They seem to have the latest and greatest of electronics, but they still aren’t satisfied. When a new product is released, depending upon the possible popularly, there are sometimes lines waiting for the first release just so they can have it. In the end, though, they are basically machines.Electronics are so popular now that there is a huge convention every year in Las Vegas, Nevada, USA.  It’s so popular that people travel around the globe just to view the upcoming products and learn about the electronics of the future.  The cell phone is my favorite example of people not really communicating. The phone has taken over so much that people don’t call to socialize, or to keep in touch. Its a great deal of texting and particularly when people are out with others, they seemed glued to their phone. Is it that they can’t think of anything to say; are they bored, or are they just feigning interest because it’s better to be seen than be alone. It almost looks like that even though they are at an event, or social gathering, their attachment to their phone gives them the important feeling they need in their appearance to others rather just to be in the moment having a good conversation. In the Good Gus Series, good conversation is always important as there are no electronics.