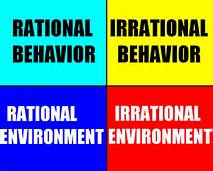 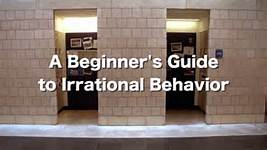 In “The Big Bang Theory” Sheldon asks one of the group for an irrational consonant. It made me think less about Mad Libs and more about irrational people. There are people in the world that fully believe that their thoughts are sane and completely rational. However, irrational people are very difficult to deal with. Their thought patterns are not easily understood. They do not seem to have the ability to think clearly and reasonably. Sadly, they don’t see it that way. If they get into an argument with you, they feel justified in whatever they do and whatever they say. Their actions are clearly irrational but they don’t see it that way. Irrational people can act normal and work at jobs. Then they can let their minds wander and the words that spill from them seem ludicrous. They don’t listen to reason or logic. Using common sense with an irrational person only aggravates the person with reason. Working with this type of individual can be extremely difficult. You can go along on a day to day basis and everything will be fine. Then something or someone sets them off and the fireworks start. It can be something really stupid or even insignificant that will set their  behavior in motion. For example, how many times have you been in line at a grocery, bank, or a shop when the person ahead of you becomes completely irrational with the clerk? They lose it over something and the clerk usually has no idea how to fix it or solve the problem. Before long you give up your purchase, move to another line, or try to reason with the irrational customer. Whatever the focus is of an irrational person, no one can stop it unless the individual gets whatever it is they feel they need mentally. The worse part is that the other person has no idea what the irrational person needs and not only that if they did they might not be able to give it to them anyways.  There are also people who have irrational fears such as  driving, public places, using public transportation,  fear of flying,  insects, and so on.  They usually seek professional help to solve their issues.  The only irrational person in the Good Gus Series is Bad Bart.  Sheriff Gus, however, resolves the issue calmly and peacefully.  Tuesday is December first so the time to order books for children is today to ensure Christmas delivery and personally autographed to the recipient is now.