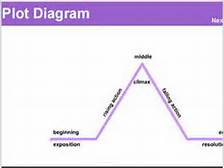 Have you ever noticed that the story line is almost identical in many television shows and movies? For example, most of the murder mystery shows don’t show all the blood and gore but they do have a similar story line for almost every show. The police or detective work to solve a mystery murder. They go through all the clues and there are a few tense moments before they figure out who did it. Then, they confront the person and the killer automatically tries to run away. Where are they going to go? How can they escape? They can’t be foolish enough to think that whoever confronted them was alone and didn’t have backup or assistance. In addition, there is usually no where to escape. Then the dramatics of the bad person trying to push people out of his or her way until finally they are surrounded by police with guns. They need to come up with a different ending, don’t you agree? Then there is the story line that has a couple and one person is cheating on the other one. When the cheater is confronted, he or she denies it until they are caught. The story line with the best friend cheating with the partner is always the worse. You really feel bad for the character. Sadly, people act exactly the same in real life. For example, a woman has a best friend who appears to be good friends with her husband, boyfriend, or partner. She is sure that it is all platonic until one day she sees them together leaving a hotel, eating an imitate dinner at a posh restaurant where she is attending a business meeting, or little mementos are found of the best friend’s such as an earring on their bed. It’s a difficult situation and yet I have seen it happen to a friend or two over the years. What is ironic is that one or two of my friends told me as they related their sad tale, that “It was like a story line from a movie or a book,” which of course, it was. What is worse is that the guilty party will deny it, or blame it on them.  There are women who have been so beaten down mentally, that initially they do believe it was their fault and that somehow they failed as a person in the relationship.  I remember an old “Dick Van Dyke” show in which they were writing about this very story line. I never forgot it.  A wife walked in on her husband in bed with another woman in their home.  They cheaters didn’t say a word, dressed, made the bed and the woman left.  The wife kept asking what was going on and when the other woman finally walked out the door, the husband asked here what she was talking about.  He said there was no woman and did she see another woman.  Finally, in disbelief the wife conceded that nothing had happened. Anyone who has any thoughts on the story line that they see in a show or movies, please leave a comment.