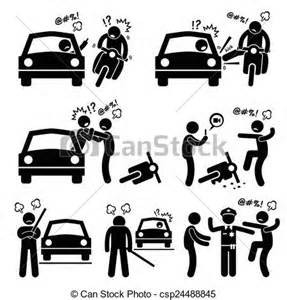 Today I had the distinct pleasure of encountering the car bully. My son and I had decided to go shopping at a large warehouse about twenty minutes away. It is Saturday, so naturally the car park was loaded. When it was time to leave, the lines to exit the lot were very long. As the cars were exiting from two sides. The individual vehicles were being polite and leaving in an orderly fashion. My son let a few people cut in front of him because the rows to reach the exit lane were also full. We were finally up to a stop sign, when a man in a truck immediately blew the stop sign and attempted to cut us off. I don’t know what made him think his car or time was more valuable than anyone else’s, but apparently he did. My son pulled out to the next lane to exit when he attempted to block him. Once around the curve my son went around him. The man tried to block him again and then stopped short hoping, I assume, that we would hit his vehicle. My son swerved around and just as he did the man jumped out of his car screaming. My son didn’t waste any time and moved quickly out of his way and turned the wrong way on the exit. The man was the car bully. He felt his heavy weight vehicle cued do anything and he could push anyone around, ignore other people’s turn to go and then threaten bodily harm. I shutter to think what my son would have done if I wasn’t in the car. He is a very strong individual. What was the reason for this you are probably wondering. I have absolutely no idea. We were driving an average vehicle with no signs, stickers, flags or anything that might distinguish it from any other car. It was not race related as the man was the same race as we were. The car bully uses his vehicle to push individuals while sitting behind the wheel. Its his way of bullying without any actual physical contact. There are so many instances in the U.S. its really shocking. I have seen people cut others off and then if the person beeps their horn , they go nuts and try to run them down.   have even witnessed people in their cars speed through school zones where children are walking.  When another parent tries to wave or signal them to slow down or stop, they have given them rude hand gestures and sore at them. Its ridiculous. There were no cars in the old west so the car bully couldn’t exist.