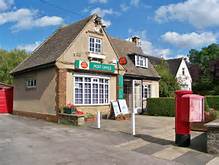 During the holiday season it is the time when people become more thoughtful. They are kinder as you stand in line at the post, the grocery, and even the bank. On Monday, the woman in front of me in a horribly long line at the Post, who began speaking to me,  was originally from Venezuela. She chatted on telling me she was a preschool teacher who taught both morning and afternoon and one of her classes was special needs children. Naturally, I told her about the Good Gus series and gave her a sticker. She loved the sticker and thought it was very thoughtful of me to pass them out to children. I was frankly grateful to pass the time as I waited over fifty minutes to send a small package. The postal workers were very unpleasant and downright rude. So she was thoughtful in her own way by helping both of us make the time go by faster. Today, when I returned to the Post to send a box of gifts to Poland, there was a shorter line and the postal workers were efficient and quite pleasant. People really do seem more considerate and thoughtful when shopping for the holidays. Many of the shoppers don’t appear to act like the people hunting down gifts in the movie “Jingle all the Way.” During this time, there are other ways to be thoughtful. On a slow day, making some soup, a bread, or a small cake and give it to a neighbor who lives alone is a nice way to celebrate the season and be thoughtful and considerate at the same time. It shouldn’t just be the holiday season that people are thoughtful. It should be all year long. My past blogs contain my thoughts on kindness because so few people actually show that side of themselves. Somehow, they feel its easier to be rude, than take a moment and perform a thoughtful act. Why? We all stress whether it is work, home, family, or health. In some ways, its how people deal with everyday life that then shows their thoughtful acts or unkind rude behavior. The worst part is when its pointed out to them, even in a nice tone, they react with an immediate nasty attitude and comments. When I was at the Post on Monday, it was clear that the facility was closed and there was a door blocking entering the service area. A woman opened the door and proceeded to get in line. When she was told she couldn’t she was angry. When another customer who had been in line almost as long as me, said that the door was closed, she made more insulting remarks. None of it was necessary. She was mad that she couldn’t be served even though the Post was closed. Somehow she felt she should be accommodated. So as you travel about shopping for the children on your list or if you want to make it really easy, order online a book from the Good Gus Series and save the aggravation of less thoughtful individuals.