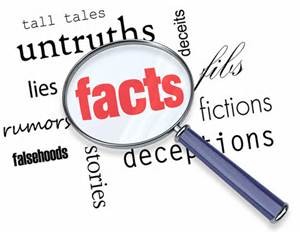 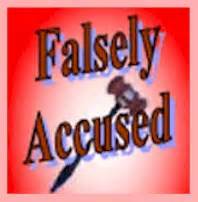 People often accuse others of wrong doings without any real hard evidence or facts. If an individual plans to accuse someone of an act, they should be sure of all their facts before they do. Many times, based on improper assumptions, people will make an accusation without thinking it through. Often it ends up, if they are wrong, the the person accused will no longer speak to their accuser. There are a number of people in jails in the United States because they were accused of despicable acts, and later with the law students studying their cases have helped many individuals be released from prison because they were truly innocent. I saw a show that is a series on the Hallmark Channel where a man was in the wrong place at the wrong time. The actual criminal who killed his uncle so he could take over his business, was in the park that day and brushed up against the innocent man. He stole his wallet and then hid it in some bushes so the innocent man couldn’t find it. The best part for the criminal was that the innocent man had similar features and the same color hair as the murderer. The government did accuse and try the innocent man and he was put in jail. Through an unexpected development a Postal person discovered that there were pictures of the day the man had spent in the park. Once they discovered a photograph showing the other man, it was cut and dry and the innocent man was released. The prosecutor as well as the defending lawyer didn’t do any research and based the innocent man’s guilt solely on his lost wallet. As children I am sure all of us had our fair share of being accused for something we didn’t do and then punished.  It made it easier to lie rather than be honest when telling the truth only gave punishment.  Most parents today check their facts before making accusations.  Its a better way to be a parent.  There are also co-workers who will accuse another person of an event that was clearly their fault.  Often the innocent person cannot prove they didn’t do it and end up being sacked.  I also did not include any characters making false accusations against any individual in the Good Gus Series.  Its difficult in life for children without reading negative things that happen in their lives.