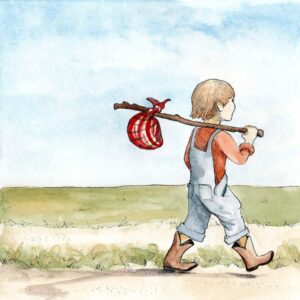 People often love to give advice. Even if a person is speaking in general terms, the listener tends to express their opinion in the form of advice. Sometimes its appreciated. Other times an individual just wants to discuss a topic without any additional comments.  In many television shows and movies, story lines are based on a person giving bad advice.  It seems to be prevalent in stories centered around children.  An older girl or boy will give bad advice, sometimes on purpose, just to see how much trouble the other child will get into with family, other friends or school.  In the teen years, if a boy or girl is interested in another boy or girl, the adviser  will definitely  give bad advice to that the recipient so that they will not win over whomever they are interested in.  For young children, they could have a well meaning friend who is really only out for themselves. For example, if a boy receives a gift in cash for his birthday he will probably do what his parents want which is to put the money in the bank.  However, a friend, who may have his eye on a remote car will convince the boy to spend the money just so he can play with the car.  Then, when the boy gets in trouble for not checking with his parents first about making an expensive purchase, he’s not around to hear the fall out. In the Good Gus Series, Frankie encourages his cousin Liam to go off the beaten path with him to check out an abandoned house.  Naturally, this leads to trouble.  However, in the series, there is no blame game because if one character convinces another one to do something they shouldn’t, they take the blame as well.  I have seen many of the commercials where someone who is supposed to be a real friend gives bad advice because they are interested in the person’s husband or wife.  Apparently, this type of show is very popular. If a friend solicits advice and it turns out to be the wrong advice given, then they return to the adviser and blame them for everything that might have gone wrong, did go wrong,and anything else they can think of. Its never pleasant.  In business, many people give advice who have never owned a business or even held a position of authority and responsibility.  Often, when people do need advice they go to the wrong person.  For example, if a person owns a retail business and their sales are down, they will seek advice from their accountant or even an attorney.  Neither of these people have the experience to answer questions properly, primarily, the most important one, how to increase sales and decrease expenses.  The accountant can certainly tell the shop owner about his finances, but he doesn’t have the experience in retail sales and increasing cash flow.  There are even columns in the newspaper and on the internet with people giving advice.  In either case, the requests are splashed over as a headline to entice readers.  If you are seeking advice, family and close friends who do not have an agenda are your best bet.