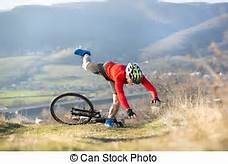 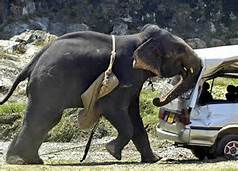 When you hear the words, “It was an accident” for most people their first thought is that it was an auto accident. However, there are so many times in life when an accident is not about cars. If you are holding a glass and it’s sweating because the drink is really cold, it doesn’t take much for the glass to slip from your hands. If it’s a soda or a dark drink, the mess is quite unpleasant. Yet it was still an accident. I have learned that in the United States if a person is in an  auto accident, they will receive a ticket. No, I wasn’t in one, but a friend was. I was quite surprised as it occurred when the roads were slick with black ice. Neither person was speeding, but the conditions were ripe and an accident happened. Since neither person was speeding, running a red light, intoxicated, or illegally trying to pass another vehicle, it was surprising that they were issued tickets. Then, their insurance companies raised their rates because of the accident. I thought that was the purpose of insurance so that if something went wrong, the policy would take care of it. There are individuals who do something accidentally on purpose and then act like it was an accident. How many times have you seen it on a TV show or in a movie? One individual wants to hurt another and yet not be blamed for it so they set it up so it’s an accident. For example, a woman is angry that another woman is flitting with her significant other at a party. She finds the bartender and orders a glass of a Merlot wine. She knows that it will be a stain that most likely never come out and will ruin the other woman’s dress. She casually walks around sipping her wine and then as she approaches the flirtatious woman, she pretends to trip and spills wine all over the lady’s dress. She apologizes profusely but the significant other sees right through her phony trip as do most of the guests. Sadly, the guests are polite and don’t say anything. Although, occasionally in the movies one person steps up and then a huge scene explodes. It makes for good entertainment. This may be a scene at a New Year’s party this year.  If you see it, you will probably laugh first and then speak up.  Accidents do happen but it doesn’t mean particularly with children they should be punished unless they were playing ball near good china or a lamp and something breaks.  Then, they know they did wrong and need to make amends. We all have accidents every day although they are so minor they are not really noticed.  If you see a real accident, lending a hand, if you are sure you won’t be sued, is a nice gesture.  The books sold out at Miramar Marine Base again for the holidays.  Thank you to all the military families for their purchases.