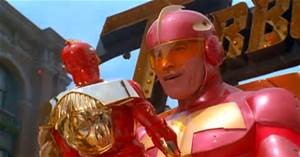 How often in life do you feel that people do not appreciate you or what you do? Overall it appears in life that there are many people who do not appreciate anything. Mothers often feel as if their families do not appreciate them. I doubt there is a parent today who didn’t appreciate their parents until they were much older. There are constant articles in the news about all types of people and all types of situations. Eventually it comes to light that people as a whole do not appreciate kindness, help, assistance and sometimes even employment. If a person is out of work, they seem grateful and appreciate employment at first. However, after a while they complain, dislike the work, want a raise, work fewer hours, if in a union go on strike,  and in general forget what it was like not to have an income. This has occurred throughout history during good times and bad, recessions and even wars. Many religious leaders remind their followers to appreciate life and be kind to others. However, often they are words that go in one ear and out the other. Children have so much today that it almost seems like a competition for the parents and relatives to buy more and not only that the higher the price the better. As the holidays approach, the retailers will be placing advertisements everywhere to entice children to convince their parents to buy the most expensive, popular toy for the season. I remember one year my son wanted a very particular toy. I hunted everywhere. I was sure it would cost a great deal of money. When I finally found it, I was elated. It was $1.98 or 1.75 Euros.  He played with it until it broke. He really appreciated that toy because it was small and he could bring it everywhere.  There was a movie starring Arnold Schwarzenegger, Rita Wilson and Sinbad entitled “Jingle All the Way.”  Arnold and Sinbad fought bitterly over a toy, Turbo-Man, as they both wanted it for their sons.  In the end, Arnold portrayed Turbo-Man in a parade.  Sinbad finally obtained the toy in a wrongful way but also went to jail. The interesting part of the writing of this story was that the son really wanted the toy, but once he figured out that his dad was Turbo-Man, he appreciated that much more than the toy.  He even told Arnold to give Turbo-Man to Sinbad so he could give it to his son. If there is someone in your life that you appreciate, please let them know.  As the holidays approach, the Good Gus series has a wonderful Christmas book that will give long lasting memories  for years to come.