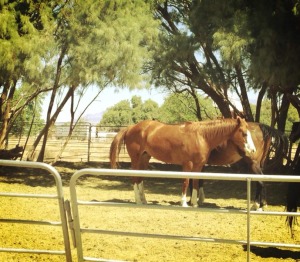 Many people look at other people and see them as attractive. There are also people who look in the mirror every day and see a face they consider unattractive. What is attractive? It surely is only in the eyes of the beholder because not all people have the same thoughts or ideas on what is attractive. What one culture considers attractive, another sees as unattractive. I have read numerous articles about being attractive. There are sites that offer hints to people on how to land their dream job or even just a job. They  point out the value of looking your best. There have been numerous studies that have stated that an attractive person, even if less qualified for a position, will be hired over the less attractive person. It should be based on skills not looks. I was once a President of a temporary agency. What I loved most about my company was that people were only hired based on their skills. I met few if any of the employees. I once put a one armed man to work on an assembly line. The manager who had accepted his resume/CV had chosen him based on skills. When the man showed up for his first day of work, the manager felt that because he was there he would put him on the line. He called me and asked me if I knew he only had one arm. I told him no I did not but I asked him to give the man a try as he had good references. The next day the manager called me to say he was one of the best workers he had in a long time. The man was initially judged by his appearance and not the possibility of the quality of his work.  Everyone is attractive just not to all people.  In the Good Gus Series, whether you are attractive or not is of no consequence.  Its who you are, what you do, your character, and even your skills are what is important.  As you think about attractive in describing the word to the child or children in your life, I hope you will consider the Good Gus Series as an opportunity to present characters who are judged on who they are and not how attractive they may be.