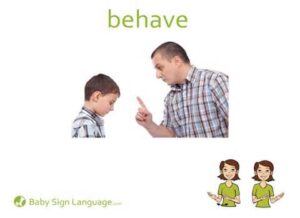 Behave yourself! How many times have we heard or said it? I have even heard adults say it to other adults. What does behave yourself really mean? Behave right now, later in the future? How we behave reflects  upon who we are. If you see someone behaving poorly, what are your first thoughts? For most people its that they don’t want to be involved. Behave yourself, though means to act and speak a certain way. As children we constantly heard those words. Sometimes we listened, other times we ignored it as whatever was going on we would have preferred to escape as soon as possible. How we behave in front of others also sets the tone of who we are and if we act appropriately gives a good example. A person who screams at another driver, particularly in front of children, gives the example of those actions being acceptable. Once they learn that behavior they tend to emulate the negative behavior which leads to problems. One of the worst things a parent can do is to behave badly. Then when their child copies what they did, they have no defense as the child will throw it right back into their face. The old saying “Do as I say, not what I do” is ridiculous. Of course, they are going to copy what you say and do. Even copy cat crimes prove that people emulate other people be it good or bad.  Let’s say that you are driving somewhere with your children in your vehicle.  You are stopped by a police man or woman.  They cite what you did wrong and plan to give you a ticket.  Most people hate tickets, so you become angry and start raising your voice to the cop.  Depending upon the country you are in, you can be instantly arrested or given a ticket with a huge fine.  If you are arrested, particularly in the U.S., your child is removed to social services and you go to jail.  If, however, you don’t lose you temper, accept the ticket graciously, it givse an example to your child that you are in control of yourself and an example of good behavior.  So when you see a child or adult misbehaving, think about what you plan to say to them to ensure that you give a good example.