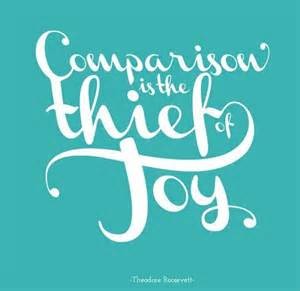 Have you ever noticed that people are always comparing things? Its amazing that comparing just about everything is so essential in people’s lives. When we are young, we learned quickly about comparing. It started with our appearance when another child compared us to someone else. Then we were comparing our overall grades in school to the other students. Children in primary school even learned about comparing their lunches to what the other students had in their lunch boxes. I have even seen shows where the child with a truly homemade lunch is shunned. By the teen – high school years, its just  about out of control. If you were not wearing the newest fashion, the in crowd was letting you know by comparing you to either a negative group, or just making negative comments.  When we were figuring out in high school what we wanted to do to earn money, there were the individuals again doing the comparing.  They were the students who were accepted to the highest ranking colleges, and if you were attending community college or a trade school, again you were put down or shunned.  Why is it so necessary for people to do comparing about almost everything?  I understand when you are cooking, its natural to make comparisons to a recipe you have prepared previously.  Its the presentation, texture, aroma and taste that makes you compare if you made it as well as before.  I know people who compare themselves to others all the time. I have heard the following comments.  ” I am going to be thirty and I am not married and don’t have a family.  My mother had me when she was twenty-two.   Miss Jane always dresses really nicely just to make us look bad.  If I had her salary, I could look as nice as her.  Miss Helen’s baby is so much cuter than Miss Carol’s. All the other applicants for this position are dressed better than me.  I don’t compare to them.”  These are all ridiculous statements.  People should not compare themselves to others, their successes or lack thereof.  Individuals should live their lives and simply do the best they can.  Comparing that someone else drives a better car, has a better job, lives in an expensive home, etc. is a waste of time.  I saw a movie once “The Mirror has Two Faces” staring Barbra Streisand and Jeff Bridges as the two main characters.  She was a professor who dressed clean and neat, but nothing stylish.  She appeared to be slightly overweight.  When her husband, Jeff Bridges, went on a speaking engagement over the summer, she lost several pounds and changed her appearance.  Her sister told her that now that she was thin that every time she walked into a room she would be comparing herself to every other woman there.  In the end, Jeff Bridges liked her the way she was.  He didn’t need to do comparing as he loved her mind.  We could all take a lesson from that movie and not compare everything.  There is no comparing in the Good Gus Series.  Its simply people enjoying each other with no thoughts of anything except how they are treated.  A great lesson for young children.