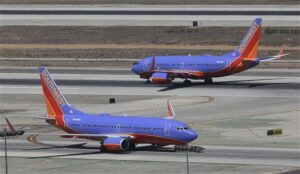 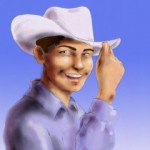 Have good manners and courtesy gone out of style? There have been two incidents where people forgot to have consideration for other passengers. The first one on Aer Lingus was the worst. A man from Brazil, whom they hinted may have been on drugs, bit and choked subsequently  killing the passenger in the seat in front of him because he tilted it back. They made an emergency landing at Shannon Airport, but the man was dead on arrival. Now, today, a man started choking a woman on a Southwest flight from Los Angeles to San Francisco.  A famous comedian, Mark Curry, was asked to restrain the man and he did. The woman appears to be okay.  The flight had to return to Los Angeles.  Southwest is not confirming that this even happened. I can only assume that their public relations department is trying to figure the best angle not to look bad.  Too late they already do look bad.  As followers of my blog, you already know how my thoughts about hiding the truth.  I understand that its a large corporation, but when Mark Curry was interviewed and discussed his assistance which was requested by the Southwest flight attendants, how can you not just confirm the facts.  This type of behavior also occurred last year on a United Airlines flight.  Common courtesy seems to have disappeared.  I understand that people wish to be comfortable on a flight, but some of the seats really go back far and it is not pleasant for the passenger behind them.  Even when in line to board a plane, very few people display any courtesy.  Recently I was on a flight and there was a family waiting to board with children.  I quietly told the mum she could board any time as she had children.  Even with their two children, there was a large man who almost pushed them as he rushed to board.  Seriously, we were all going to the same place and almost every airline has assigned seating, so why the rush?  As children we were taught that common courtesy was important.  It was a reflection of our family and therefore should be displayed at all times.  In many schools today, children are expected to have manners and be courteous to everyone.  All the characters in the Good Gus Series display courtesy, except Bad Bart, in book one, “Pecos Meets Bad Bart.”  I hope as the holidays approach, you will consider a book from the series.