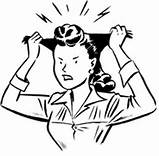 Crazy is a word that is used in many different ways. When something seems out of the ordinary, a person might say, “That’s just crazy.” It was used quite a bit in the 1950’s with what was referred to as the “Cool Cats” or the Beatniks. They were also referred to as the beat generation. The movies portrayed them as using the word crazy for both positive and negative things. There are more songs than you can possibly imagine using crazy as a romantic word for being in love. There are also movies entitled “Crazy.” When most people think of crazy they think of unusual behavior but in a good way. For example, when Tom Cruise was on Oprah, many people referred to him when he was jumping around as crazy, but in a happy way. There are times in business when a fabulous offer comes along and people will tell the person receiving the offer that they are crazy if they don’t accept it.  Often if a person finds a bargain or a great price on an item, people might refer to the deal as crazy meaning it was fabulous.  Individuals may refer to an idea as being not so crazy after all meaning that at first they thought it was ludicrous, but then they realized it was actually very good. However, there are also people who are crazy. Their mental abilities are not what they should be. Sometimes they appear to act normal and then they go off. I am sure you have seen this type of behavior. Dealing with a person who actually is crazy is very difficult. There are a variety of acronyms describing this behavior but the old fashioned term apparently still applies. When a person is mentally unsound, possibly yelling, hallucinating, or even acting like they are insane, they are often referred to as being crazy. In the olden days, people were locked up if they were thought to be crazy.  Fortunately that is rare today. Sometimes its a momentary lapse, but for some people, it is truly a metal state.  Many times they don’t recognize or see that their behavior is bad and they believe everyone else around them is nuts.  There are countless hospitals, and medical facilities who deal with this type of behavior.  However, because there are so many new names for mental conditions some of which are dangerous not only to the individual but to others, that its not a term used anymore for the mentally ill.  I prefer the happy version as its a simple word that easily describes something.  In the Good Gus Series, the word is never used.  The behavior of the children is typical and enjoyable reading for any child on your Christmas list.